Bocce Brawlers Battle It Out For Wilton Library 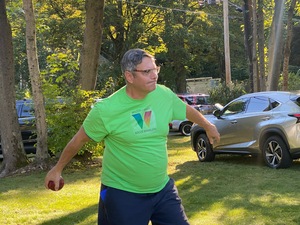 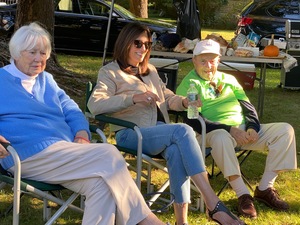 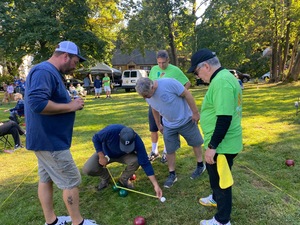 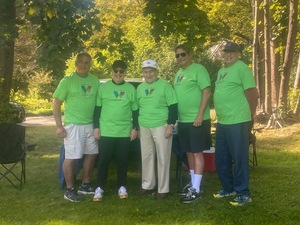 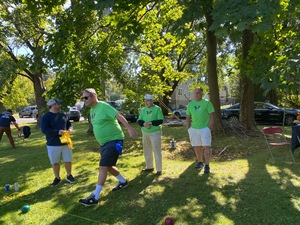 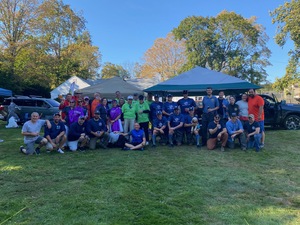 The battle for the esteemed title of Branchville Champion Bocce Team raged yesterday, Saturday, October 2 on the site of the Branchville bocce courts located at 59 Willridge Road in Ridgefield. At the helm of the Seventh Annual Branchville Charity Lawn Bocce Tournament was Mitch Ancona, owner of Ancona's Wines and Liquors. "We’re here to have fun, and to support the organizations that we love,” said Ancona.

Newish to this Annual tournament, but not to the game of bocce, were members of the Ridgefield 8 who played on behalf of the Boys & Girls Club of Ridgefield. They proved this year that earning the Guinness World Records title for the longest marathon playing bocce team does have its advantages - the boys took down Ridgefield Library breaking their two-year winning streak.

"The motto of this tourney is simply to have fun...and give some money away to some awesome organizations that help make our communities even more wonderful," says Ancona.

Each team engaged in friendly competition for over $3,000 in prize money.

The Boys & Girls Club team brought their "A" game and walked away with top prize, $1,500.00 as well as bragging rights and a handsome trophy.

The Ridgefield Volunteer Fire Department finished in 2nd place earning $750. In 3rd place (and breaking a two-year winning streak) was Ridgefield Library, taking home $500 in prize money. In 4th place and winning $250 for their nonprofit was team Wilton Library.

A coveted award is for "Spirit" and team RVNAhealth has maintained that energy for three straight years for their tailgate cheer and provisions, overall sportsmanship, and of course, Judge, the handsome black lab that calls Gigi Weiss her human.

Ancona explains, “The bocce tournament is a culmination of the traditional Ancona business objective,” said Ancona.  “Focus on family, community, and charity – with a good dose of fun."