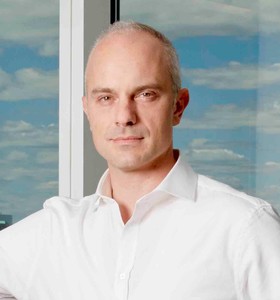 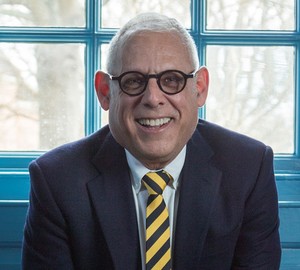 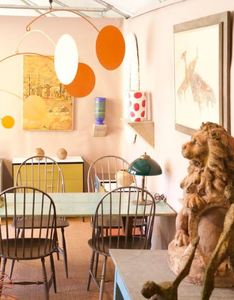 Objects of Desire: Then and Now A Digital Event to Benefit the Wilton Historical Society on Thursday, October 1, 7:00 – 8:00 pm via Zoom

What are objects of desire? They are objects with stories to tell, objects that tell your story. On Thursday, October 1 from 7:00 – 8:00 pm, the Wilton Historical Society will present “Objects of Desire: Then and Now”. The Zoom event will bring together the star power of Anthony Baratta, recent winner of the prestigious Innovation Design Award and renowned designer Phillip Thomas with DJ Carey, Editor of CTC&G for a lively and informative in-depth conversation about their approach to using "objects of desire" in interior design. The Wilton Historical Society was unable to hold their Spring 2020 fundraiser “Objects of Desire: Style for the Garden and Home”. This event was inspired by the show, which brings a carefully edited, eclectic mix of antique to vintage to mid-century to contemporary one-of-a-kind garden accents, fine furniture, accessories, found objects and art to a two-day show. Make it a party – the Gold Party Ticket includes the program and a party bag for Wilton pick up, which features Tapas for Two by Barcelona; full bottle of Donelan Family wine; a copy of Anthony Baratta’s book “Decorate Happy” and CTC&G magazine.

Both designers are adept at creating environments that incorporate objects with stories to tell, and each has an unmistakable look. Anthony Baratta's "American distinctive style" includes bold use of color and scale that honors tradition while defying predictability. "Closely studying the past pushed me into the future," he said recently about his own home renovation in a 1755 brick house in Colonial Williamsburg, which he will discuss. Phillip Thomas's elegant and polished contemporary interiors are uplifted by his unerring feel for just the right found object to make it extraordinary. Moderator DJ Carey is the Editorial Director of Connecticut Cottages & Gardens, a monthly magazine that she helped launch in 2004 celebrating the diverse design, architecture and lifestyle of the state. DJ Carey’s extensive knowledge of design, architecture, entertaining, crafts, and decorative arts contributes to success as a editor and interviewer.

About Anthony Baratta: Anthony Baratta, the king of East-Coast chic, is one of the most celebrated and respected interior designers of the day with a global following of loyal fans. His design work has graced over 70 magazine covers worldwide and he has received consistent coverage in respected shelter and media brands such as Architectural Digest, World of Interiors, Traditional Home, House Beautiful, Cottages and Gardens, Veranda, Coastal Living, Luxe, and World of Interiors. His own homes have appeared in the New York Times Magazine on three separate occasions.

Baratta’s work has been celebrated in the Cooper-Hewitt Museum’s National Design Triennial: "Inside Design Now". He was named one of the Traditional Homes “20 Design Icons” and awarded Benjamin Moore’s coveted “Hue Award” for lifetime achievement in design.

Among his special collaborations, in 2018 he received a prestigious designation as Designer in Residence, at Colonial Williamsburg renovating the iconic Palmer House, (circa 1750). In addition, he had the honor of renovating the historic residence, Drumthwacket for the Governor and First Lady of New Jersey, Philip and Tammy Murphy.

Baratta, a graduate of Fordham University, has coauthored 3 books: The Exuberant Style of William Diamond and Anthony Baratta; and Diamond Baratta Design. He has just launched his newest book, “Decorate Happy-Bold Colorful Interiors” by Rizzoli this spring.

About Phillip Thomas: Phillip Thomas, Founder and Principal of Phillip Thomas Inc., follows his guiding belief that the process of creating a home should be enjoyable for all involved. A point of distinction for his firm is that the design is always about the client and that their personality is reflected in the elegant, timeless, and livable interiors. Beautiful materials and an unparalleled attention to detail are essential to a successful design project and are apparent to clients as they participate in the design process, and later, as they live in their new home.

Thomas’s work has been featured in publications including Architectural Digest, Elle Decor, House Beautiful, Interior Design, Luxe, Mansion Global, NYC&G, The New York Times, and the Wall Street Journal among many others. Additionally, he has been featured in recent interior design books such as New York School of Interior Design: Home, Living in Style: Best Interior Design on the Planet, and New York Splendor: The City’s Most Memorable Rooms. In 2016 Thomas made his debut at the Kips Bay Decorator Show House designing an elegant, sophisticated, and playful room dubbed the Lady Lair that received praise from his peers and the media alike.

A graduate of the Edmund A. Walsh School of Foreign Service at Georgetown University in Washington DC, Thomas continued his education at the New York School of Interior Design where he received his Bachelors in Fine Arts. Thomas began his career working at the New York interior design firm, Ingrao Inc., where he honed his skills as a designer managing and overseeing the development of large-scale projects from concept to completion.

Since establishing his own firm in 2011, Thomas has worked with a wide-range of clients on projects both in the United States and internationally, and work can be found in many of the top buildings in New York City including the Dakota, 15 Central Park West, River House, and One Madison.

Phillip Thomas was Design Chair for the Wilton Historical Society’s Objects of Desire: Style for the Garden and Home show in 2018 and 2019.

About DJ Carey: DJ Carey is the Editorial Director of Connecticut Cottages & Gardens. CTC&G, a monthly magazine that she helped launch in 2004, celebrates the diverse design, architecture and lifestyle of the state. Before assuming this position, she was a freelance editor for numerous national publications. Her extensive knowledge of design, architecture, entertaining, crafts, and decorative arts contributes to success as a editor and interviewer. She lives in a 19th century farmhouse in Norwalk with her husband.

Visit the website for more information and to purchase tickets: www.wiltonhistorical.org