Wilton Historical Society's Booked for Lunch: Free the Beaches: The Story of Ned Coll and the Battle for America’s Most Exclusive Shoreline 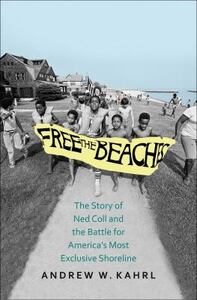 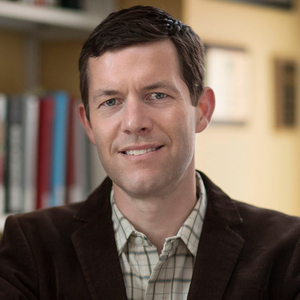 Free the Beaches: The Story of Ned Coll and the Battle for America’s Most Exclusive Shoreline By Andrew Kahrl on Thursday, February 24, from 12:30 – 1:30

The story of our separate and unequal America in the making, and one man’s fight against it

This book is the first to tell the story of the controversial protester who gathered a band of determined African American mothers and children and challenged the racist, exclusionary tactics of homeowners in a state synonymous with liberalism. On Thursday, February 24 from 12:30 – 1:30 Wilton Historical will host a talk with Andrew Kahrl, author of Free the Beaches: The Story of Ned Coll and the Battle for America’s Most Exclusive Shoreline. During the long, hot summers of the late 1960s and 1970s, one man began a campaign to open some of America’s most exclusive beaches to minorities and the urban poor. That man was anti-poverty activist and one-time presidential candidate Ned Coll of Connecticut, a state that permitted public access to a mere seven miles of its 253-mile shoreline. Nearly all of the state’s coast was held privately, for the most part by white, wealthy residents. A Black History Month program, the presentation is part of “Booked for Lunch” a book discussion group that focuses on history.

Coll’s legacy of remarkable successes—and failures—illuminates how our nation’s fragile coasts have not only become more exclusive in subsequent decades but also have suffered greater environmental destruction and erosion as a result of that private ownership.

“In Free the Beaches, Andrew Kahrl not only tells the remarkable story of activist Ned Coll. He also shows that on the Connecticut shore, white liberalism and racial exclusion went hand in hand.”—Jason Sokol, author of All Eyes Are Upon Us: Race and Politics from Boston to Brooklyn

Andrew W. Kahrl is Professor of History and African American Studies and Co-Director of The Repair Lab at the University of Virginia. He is the author of the award-winning books The Land Was Ours: How Black Beaches Became White Wealth in the Coastal South and Free the Beaches: The Story of Ned Coll and the Battle for America’s Most Exclusive Shoreline, and numerous articles and essays on the history of racial segregation and environmental inequality in the 20th century US.

Please register: www.wiltonhistorical.org or This email address is being protected from spambots. You need JavaScript enabled to view it. or call 203-762-7257