Details
Published on Sunday, 27 November 2022 17:04
Written by The Ridgefield Playhouse 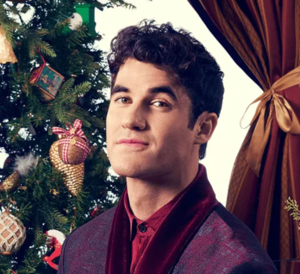 A Very Darren Crissmas at The Ridgefield Playhouse on December 16

Since starring in his breakout role as Blaine Anderson on TV’s Glee, Criss has since gone on to star on the screen and stage. He starred in American Buffalo on Broadway earlier this year and co-hosted the 2022 Tony Awards: Act One with Julianne Hough. He previously starred as Hedwig in Hedwig and the Angry Inch after his Broadway debut in How to Succeed in Business Without Really Trying as J. Pierrepont Finch. Since then, he garnered major acclaim on the small screen for his starring role in The Assassination of Gianni Versace: American Crime Story, winning the Emmy and Golden Globe Award. Don’t miss the chance to celebrate the season with songs from his recent holiday album A Very Darren Crissmas!

Visit TerraSole (3 Big Shop Lane, Ridgefield) for dinner before the show and get a complimentary glass of house wine with your entrée when you present your tickets!