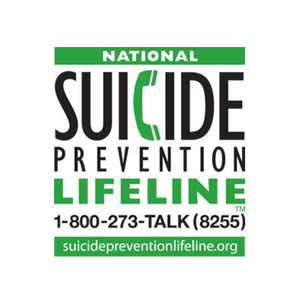 Governor Ned Lamont today announced that the State of Connecticut has been awarded a five-year grant from the U.S. Centers for Disease Control and Prevention (CDC) to enhance a range of suicide prevention activities coordinated among several state agencies.

While the grant will work to prevent suicide across all age ranges, it will focus on several populations in Connecticut that are being disproportionately impacted by suicide or attempted suicide, including middle-aged adults (ages 35-65), in particular men, with serious mental illness or substance use disorder; and adolescents and young adults (ages 10-24).

“This grant will enable us to enhance our suicide prevention efforts and link those impacted to appropriate treatment,” Governor Lamont said. “Mental health issues continue to be a growing concern across our country, impacting people of all backgrounds, and we have strong partnerships in Connecticut among many organizations to connect people to adequate support. I strongly encourage anyone in need of help to call 2-1-1 any time and speak to trained staff for assistance.”

“Many of our fellow Americans are struggling with depression as a result of job loss, social isolation, and a disruption in normalcy that the COVID-19 pandemic has caused,” the members of Connecticut’s Congressional delegation – including Senators Richard Blumenthal and Chris Murphy, and Representatives John Larson, Joe Courtney, Rosa DeLauro, Jim Himes, and Jahana Hayes – said in a joint statement. “This grant will help those who are in a suicidal crisis or emotional distress receive appropriate services. As a delegation, we will continue to fight to ensure Connecticut agencies are provided with the financial assistance to help those in need throughout this pandemic.”

Connecticut has one of the lowest rates of suicide in the United States at 10.5 deaths per 100,000 people, and is ranked 45th among the 50 states and the District of Columbia. On average, 403 Connecticut residents died annually of suicide between 2015 and 2019, which is a 14 percent increase from the annual average of 351 residents between 2010 and 2014. In 2018, the CDC reported that more than 48,000 people died by suicide in the United States. The unique stigma and shame associated with suicide keeps people from getting the support they need to prevent it or address their grief when they have experienced a loss. Additionally, the opioid epidemic and the COVID-19 pandemic both have significantly increased individuals’ risk of suicide due to the exacerbation of shared risk factors.

“Many people are having tough times right now due to the pandemic which is not only a public health crisis, but has disrupted nearly all areas of our pre-COVID lives,” Acting DPH Commissioner Dr. Deidre Gifford said. “Many have been forced to work at home, many have lost their jobs causing financial distress, and the pandemic itself has increased anxiety about health in general. Thousands of children are trying their best to learn remotely, and the loss of the daily school structure and routine causes stress and anxiety both for children and parents. The awarding of this grant could not have come at a better time for Connecticut, and we will make sure to put it to good use with our partners in state government.”

The grant will also provide linkage to the Connecticut Suicide Advisory Board, the statewide suicide prevention coalition tri-chaired by DMHAS, DCF, and the Connecticut Chapter of the American Foundation for Suicide Prevention. The board is a statewide coalition comprised of multiple state and community providers, schools, researchers, and survivors of suicide focused on preventing suicide and providing support to survivors of suicide death and attempts statewide. It serves as the state’s coordinating body for suicide prevention efforts and recently released its Suicide Prevention Plan 2025 (PLAN 2025), which serves as the blueprint for the state’s suicide prevention efforts for the next five years. The plan is available at www.preventsuicidect.org/preventionplan.

DMHAS Commissioner Miriam Delphin-Rittmon, Ph.D., said, “This grant award and our new Suicide Prevention Plan will provide Connecticut with additional tools to prevent suicide in our state. It is critical that we extend additional supports to those impacted by suicide or suicide attempts. Our goal should be to link people to treatment, increasing the likelihood of recovery.”

DCF Commissioner Vannessa Dorantes, LMSW, said, “It’s never been more important than now, with the widespread feeling of isolation caused by COVID-19, to pay close attention to ourselves, our neighbors, and even strangers to be sure they are okay and coping well.”

Outcomes associated with the grant will be evaluated by UConn Health.

For more information regarding suicide prevention or if you or someone you know is in crisis, call 2-1-1 or visit www.preventsuicidect.org.