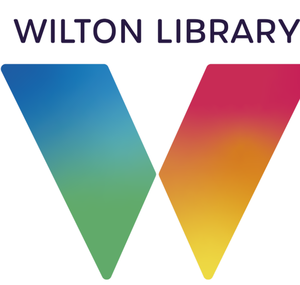 Elaine Tai-Lauria today announced her decision to retire as Executive Director of Wilton Library Association (WLA) as of January 31, 2022. “I have been planning to retire for some time, but decided that I needed to stay on to steer the library through the pandemic,” Tai-Lauria explained. “Now that we have reopened the library and things are getting back to normal, I feel that I am able to step down.”

Under Tai-Lauria’s leadership for more than nine and a half years, the Wilton Library has greatly expanded its range of programs and services that it provides to patrons. One of Tai-Lauria’s main missions was to invest in digital access and services. As a result, the library was well-positioned to continue providing a wide range of services to patrons when the building itself was closed due to COVID-19.

Tai Lauria also oversaw several enhancements to the library, such as the launch of the Innovation Station and the creation of the Children’s Library entrance. During Tai-Lauria’s tenure, the library received numerous awards, including its Singularity Technology robotics team winning the Connecticut State championship. Most recently, she was instrumental in bringing the Brubeck Collection Archive to Wilton Library, which is expected to attract musical scholars from around the world.

“Elaine’s contribution to the library has been profound,” said WLA President Rob Sanders. “We owe her an enormous debt of gratitude. But I am delighted that she will remain in place for the next four months and will support our efforts to identify a worthy successor. We have already initiated a search process and are confident of the outcome. Wilton Library is a very attractive place to work in large measure thanks to Elaine.”

Wilton Library is located at 137 Old Ridgefield Road in the heart of Wilton Center.