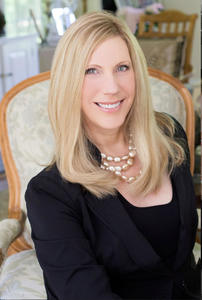 ACT (A Contemporary Theater) of Connecticut is delighted to kick off their 2019 “New Works Series” with a professional reading of the riveting new play by Megan Smith-Harris, KILLING MOM.  The presentation will take place on Saturday, July 27 at 3pm and will be complementary to the public with general admission.

ACT of Connecticut’s “New Works Series” showcases the work of the next generation of writers and composers, educating the community on the creation of a Broadway-caliber show. This series enables the Fairfield and Westchester County communities to play a role in developing new plays and musical which could potentially land on Broadway. Our July 2018 readings of VICTORY TRAIN and AUSTEN’S PRIDE launched this program with great success. The success of AUSTEN’S PRIDE led to a fully-staged production at ACT in the Spring 2019.

KILLING MOM is a moving and humorous family drama that touches upon issues that confound us all: aging, our own mortality, and the eternal quest to be the favorite child.  It is a story of family, love, sibling rivalry, and mother/daughter relationships.  The show is written by Megan Smith-Harris, who is the Festival Director of the Ridgefield Independent Film Festival (RIFF) and the president and co-owner of Pyewackitt Productions, an independent production company with a commitment to create high quality, socially relevant programs with a unique perspective. She has helmed multiple long-form documentaries that have aired domestically and around the globe, while also serving as the Editor of Wilton Magazine.

“KILLING MOM is an extraordinarily clever new play that explores important issues that many families struggle with.”, stated ACT of CT’s Artistic Director Daniel C. Levine, “We felt that the message of this new play would resonate with our ACT of CT audiences, and I am excited that our patrons will be the first to experience this wonderful new script.”

ACT of CT’s “New Works Series” is free with general admission to the public.  For more information about ACT of CT, ticket and annual subscription sales, education programs, sponsor/donor opportunities, and other theater-related news and announcements, visit www.actofct.org.