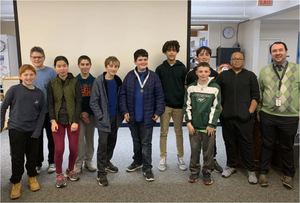 Kieran had to hold his nerve in a tough battle for first place with 8R student Anderson Campbell.  This is Kieran's second year in the school final. Kieran studied hard for the competition and will now compete in the state final on March 27.

We all wish him the very best.