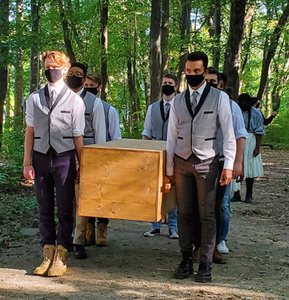 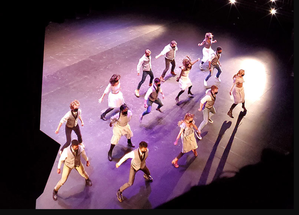 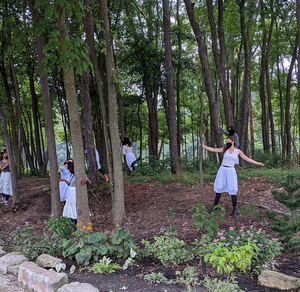 Ben Senneff of Wilton was part of the cast and crew from Baldwin Wallace University that, under the direction of Victoria Bussert, created the first collegiate virtual production of the powerful Broadway rock musical "Spring Awakening."

Senneff, a graduate of Wilton High School majoring in music theatre, played the part of Moritz and served as an assistant editor in the co-production between the BW Conservatory of Music's music theatre program and the department of theatre and dance.

While many college theatre stages went dark for the fall 2020 season, the BW creative team proved music theatre can thrive within the limits of a coronavirus safety net. The groundbreaking show, shot guerrilla film-style on iPhones at more than 40 locations throughout Northeast Ohio, premiered November 19-22 and was profiled in American Theatre magazine and The New York Times. Due to demand, a second set of performances streamed December 17-20.

Set in late 19th-century Germany, the eight-time Tony Award-winning Best Musical created by Steven Sater and Duncan Sheik explores the turmoil of adolescent sexuality. With themes of isolation, control, trauma, identity and enlightenment, the musical is as timely today as it was when it premiered on Broadway in 2006.

Directing and capturing the performances of two full casts while protecting against the threat of COVID-19 required ingenuity, determination and a delicate balance. BW's inventive approaches included students recording themselves in their dorm rooms with music director Matt Webb weaving them into full-throated, Broadway showstoppers. Choreography for big (and distanced) dance numbers was taught and rehearsed on Zoom, then performed and filmed outdoors and on an indoor theatre stage turned soundstage within a limited time frame and with all performers in masks. A little well-planned framing, lighting and editing magic also helped to create close, intimate on-screen interactions while, in reality, actors maintained physical distance. The result was a compelling, high-quality production for pandemic-weary music theatre fans eager to see a fresh, new performance.

For a behind-the-scenes peek, production stills and discussions with current and former BW cast members, visit the Conservatory of Music's Conversation site.

"Spring Awakening" is one of an extensive number of performance experiences providing real-world opportunities for students at Baldwin Wallace University. Productions include plays, musicals, operas, music concerts and dance concerts. Details at bw.edu/events.