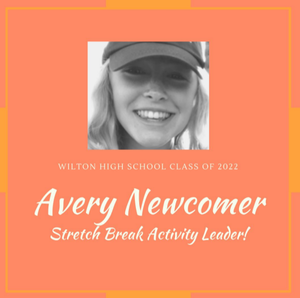 Ms President US led off the first session of the New Year with poise and purpose after a tumultuous week in our country.

Appropriately, the day’s topic focused on using one’s voice, building off of the last session, where the girls learned to find their voice by exploring issues that were important to them. Ms President US also recognized participants Elyse Pencu, Maggie Fleuette, and mentor Bella Andjeklovic, all of whom did a fantastic job speaking at the League of Women Voters (of Wilton) Presentation in December.

After a brief group discussion, the girls entered breakout rooms, and with the guidance of mentors, explored issues they really care about, such as climate change, the pandemic, women’s rights and many other topics. Once back in a larger group, the girls had the opportunity to share their ideas through mentimeter, a tool that enabled them to not only share but also to see what others cared about. Following this came the exploration of different ways to employ their voices, including writing letters, making art, or potentially joining a peaceful protest or rally.

Before hearing from a wonderful guest speaker, the girls participated in an interactive poll about public speaking, where it was concluded that over half of the girls enjoyed public speaking, and an astounding 94% could recall a good speech, most remembering it to be clear and inspiring.

On this positive note, Ms President US participant Kyela McGuire welcomed Kathryn Poindexter, an award-winning political consultant who works on all different types of campaigns. In an engaging presentation, Ms. Poindexter spoke about three main points of public speaking, and how to use it to give voice to the issues of significance to each individual.

Before delving into the subject of debate, the girls participated in a mentor-led stretch break, where the focus was breathing, posture, strength, and flexibility through yoga.

Mentors Ellie Carter, Eila Nambiar, and Kavya Anand acted as a debate prep team, running through the key aspects of what debate is, the elements involved, and the structure and organization of debate.

The girls and mentors then joined breakout rooms for hands-on experience with the skills they learned. With mentor guidance, each individual had the opportunity to take the floor, and in a practice, debate progressed through the different elements, something to be continued in future sessions.

The meeting was wrapped up by touching on the events that occurred at the Capitol this week, highlighting two Senate aides who protected and transported the electoral votes before they left the Senate. These young women demonstrated leadership and courage in government, providing an example to the young girls in the program.