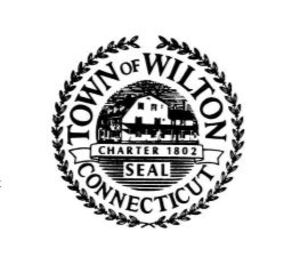 As below you see below, yesterday, CT DPH reported 18 additional cases for Wilton.  We have confirmed that older, previously not reported cases have been included in this week’s numbers.  Cases reported to Wilton’s Health Department by CT DPH on Monday, Tuesday and today are as follows:

Residents have recently asked about the reduction of the hours at the Transfer Station.  If you missed last year’s discussion:

The Transfer Station was set up as a self-funding operation.  For years it operated at breakeven or better, but ongoing consolidations of private haulers have resulted in a decline in volume and revenue. Larger haulers often have their own disposal facilities and don't require the use of our Transfer Station.

In 2013, thirteen private haulers paid disposals fees that accounted for most of the facility’s revenue.  This year, only four private haulers are using the facility. The number of households using the facility has also declined to well under 50%.  Transfer Station operations have required hundreds of thousands of in taxpayer subsidies.   Current user fees paid by users cover only about half the costs to process and dispose of their waste.  This is despite the fact that our fees are higher than those paid in larger surrounding communities.

Last year, the Board of Selectmen adopted a plan to begin to address the situation.  It included both a reduction in fixed costs and better alignment of fees to costs, as follows:

We implemented the reduced hours for the current fiscal year.  Many residents, not aware of the plan, incorrectly thought the reduced hours were solely in response to the pandemic.  Because residents were negatively impacted financially by the pandemic, we delayed the fee changes.  A new fee structure is expected to be announced in March.  Residents, who use the facility and work during the week, have asked that we reconsider the reduced Saturday hours. We are doing that.

We are also investigating longer-term solutions to not only reduce subsidies but also to encourage residents to generate less waste.

The problem isn’t unique to Wilton. This is a statewide problem.  It is getting worse in some areas, like the greater Hartford area, where the old waste-to-energy plant, which serves 51 communities, is permanently shutting down. Instead, the 600,000 to 700,000+ tons of generated waste, previously converted to energy, will be trucked out to landfills in other states increasing costs and creating harm to the environment.

None of this is sustainable.  There are proposals before the legislature advanced by many, including a large number of municipal leaders.

What you can you do to make a difference as we seek solutions?  Food waste is often the most significant and heaviest component of household waste.  One option is to consider composting at home or hiring a company to bring your organic waste to the State’s relatively new anerobic digester.  The plant turns organic waste to renewable energy.  This is what the Wilton Public Schools are doing.  The result is a program that most kids and parents love.  Once food waste is removed from your regular trash, you may find the savings to dispose of the remaining trash offsets the cost of the new pick-up service.

The following is data, as of 8:30 p.m. last night, from today’s CT DPH report versus yesterday’s February 23rd report.

Please practice the 5 W’s and behave as if you have the virus and as if those around you do as well.

If you have a question, please email me at  This email address is being protected from spambots. You need JavaScript enabled to view it.