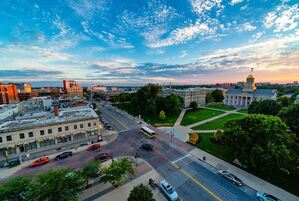 Andrew Senneff of Wilton was among the more than 1,000 undergraduate students at the University of Iowa named to the president's list for the 2021 spring semester.

Senneff is a second-year undergraduate student in the UI's College of Liberal Arts and Sciences and is majoring in Cinema.

The president's list was established in the fall of 1983 to recognize academic excellence.