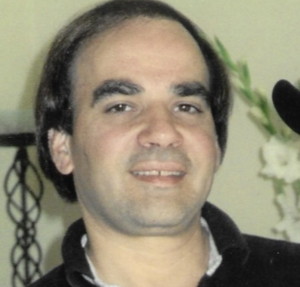 Robert A. Nastro of Wilton, Connecticut died peacefully surrounded by his family at Danbury Hospital on July 31, 2022.

Robert was predeceased by his mother Antoinette DeFilippis Nastro, father Salvator Nastro and sister-in-law Joanne Nastro. Robert was the proud father of his two sons Robert J. Nastro of Florida & Ryan Nastro of New York and their mother Kathy Qualter.  He is also survived by his brother Frank Nastro and his daughters Cori, Kimberly and Francesca, as well as John Thygerson and family, his sister Christine Gilliatt and her daughter Victoria Belluscio, spouse Danny and Bob’s niece Emma and nephew Jack and their dog Rocco, his sister Sally Hotaling and her daughters Elizabeth Vail, spouse Sean and Bob’s nephew Sean and niece Charlotte and Catherine & Leah Hotaling, his sister Jeanne Nastro and her sons Stephan and Max Salvadori. Robert is also survived by several cousins. Lastly, he is survived by his devoted best friend of more than 50 years Tony Sarno.

Robert joined Pitney Bowes as a Senior IT Analyst in 1989. He left for a short period of time to work overseas in London for a year. He returned to Pitney Bowes and retired in 2008. Prior to his career as a programmer, Robert traveled with his best friend Tony Sarno’s band and others as a Live Sound Engineer. Robert was an avid collector of Hot Wheels as well as various toys. He enjoyed music and was a huge movie buff.

Friends and family may gather on Saturday, August 13, 2022, from 1:00 PM to 2:30 PM at Kane Funeral Home, Ridgefield. A prayer service will be offered at the funeral home on Saturday afternoon at 2:00 PM. Interment will take place privately. In lieu of flowers, please donate to your favorite charity.