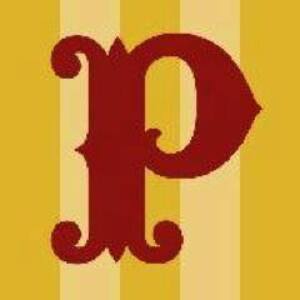 Shop small, do big things for your community

Why Small Businesses Matter puts a spotlight on the local merchants who donate their time, talent, goods, and services for the betterment of our community. The shop local movement spreads virally as local businesses who are “tagged” have the opportunity to share their story!

You're IT The Wilton Playshop!

Four questions with Donna Savage, member of the Board of Directors at The Wilton Playshop.

How did The Wilton Playshop begin?

In the summer of 1937, a leading member of the Wilton community named G. Evans Hubbard (and founder of the Wilton Bulletin) wanted to do a benefit for the Wilton Red Cross. He pulled from the local talented groups who had been putting on shows and concerts at St. Matthews Congregational Church and in Norwalk’s “Theatre in the Woods,” an alfresco Greek-style theatre located near the top of what is now the Route 7 connector.

A core group was gathered and preproduction began.

The Tavern was presented by “The Wilton Play Shop” (as it was called in the August 1st issue of The Wilton Bulletin) at the Wilton Town Hall on Route 7 on August 13th and 14th at 8:30 pm. Ticket order cards were mailed to every home in Wilton. Tickets were 50 cents each. There was dancing after both performances.

The show’s two performances were sellouts with standing room only crowds in the 650 seat venue raising over $600 for the Red Cross. According to The Wilton Bulletin, most of the money raised was used to fund swimming lessons at Meyer’s Pool.

It was while striking the set of The Tavern on August 15th that the assembled group decided to make the Playshop official. They formed a committee headed by Ora G. Wier to create bylaws and a constitution around which a permanent organization would be founded. The Wilton Playshop was born. The group then made plans for its first official Wilton Playshop production, The Late Christopher Bean, which would be presented in November 1937.

What is your best-selling product/service?

We bring quality live theater to the greater Wilton area with our musicals and plays. We generally stage three to four main productions each season and also utilize our space for fundraisers, concerts, recitals, and as a rental venue.

How many local businesses do you use to support the Wilton Playshop (products and services) and can you name them?

There have been so many supporters over the years! Here’s a snapshot of recent years:

We use Rings End, Lucci Electric, and Wilton Hardware to build our sets and keep the lights on. We’ve utilized services from Greenleaf Services for tree work and maintenance. We like to cater our cast parties with pizza and pasta from Pinnochio Pizza. As a non-profit theater, we rely heavily on the generosity of our fellow local businesses. Over the years we have received donations from Barcelona Restaurant, Bianco Rosso, Cactus Rose, Deborah Ann’s Sweet Shoppe, Garelick & Herbs, Marianne Wilson Catering, The Village Market, Stewart Flowers, Wilton Pizza, and the generous sharing of studio space from Wilton’s Conservatory of Dance.

Have you "reimagined" The Wilton Playshop?

During COVID-19 we had to close our theater doors to the public and reimagine how we could bring entertainment to the community. We produced several live-streamed events over the last year and a half including plays and cabarets.

Wilton Playshop is located at 15 Lovers Lane in Wilton. Visit Wilton Playshop online here, and make sure to check out their Facebook, Twitter, and Instagram pages as well!