Mileage Tax: Why Spend Money on Something Nobody Wants? And Why Didn’t the DOT Tell Us? 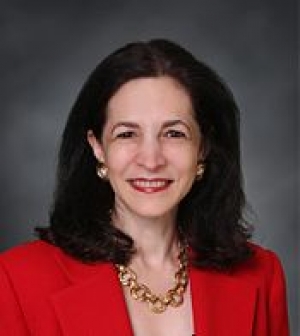 There has been quite a lot of coverage lately about Connecticut’s interest in a mileage tax. Most of it focuses on how bad a mileage tax would be for the state. I agree, it would. People in Connecticut just can’t take on one more tax, and on top of that, a mileage tax raises too many privacy issues. But I don’t think that’s what the real story is.

The story is really about trust, transparency, and inappropriate use of scarce resources. Connecticut isn’t just joining other states to ask for federal money to study the mileage tax: it has actually committed to spending taxpayer dollars and to playing a lead role in the study should the grant be awarded. This is something the public needs to know.

In 2015, when the governor’s Transportation Finance Panel suggested that a mileage tax might be a viable course to pursue, legislative leaders from both parties made statements unequivocally opposing it, and the public displeasure was equally pronounced. This made the recent news of the grant application very surprising.

Many state lawmakers and the general public first learned about the application in a June 25 story in the Washington Post. The application was submitted by the Delaware Department of Transportation (DOT) on behalf of the I-95 Corridor Coalition, a consortium of 16 states. It proposes pilot programs in five states – Connecticut, Delaware, New Hampshire, Pennsylvania, and another to be determined – designed to learn more about implementing “mileage-based user fees”. The proposal includes developing model legislation.

The program’s estimated cost is $2.98 million. The application requests half that amount, $1.49 million, in federal funds, with individual states providing the rest in matching funds.

With a commitment of $300,000, Connecticut would pay more in cash than any other state. Delaware and Pennsylvania would each pay $290,000, and Vermont $30,000, for planning and analysis. Instead of cash, New Hampshire would use $580,000 in toll credits. Eleven of the consortium’s 16 states have no active role in the program.

When asked by the Connecticut media to explain the state’s role in the grant application, the DOT spokesperson said that Connecticut had no plans for implementing a mileage tax, but that the DOT had an “obligation” to seek federal funds for studies in order to do its job better. He said nothing about spending taxpayer money to get those funds or about leading the pack. Those details appeared only in the grant application, which is available online, although hard to find.

There is overwhelming opposition to the concept of a mileage tax. Moreover, essential services are being cut because the state’s budget is stretched beyond its limits. Under those circumstances, why was it so critical for the DOT to make these commitments? As a member of the consortium that submitted the application, Connecticut would presumably have access to the pilot program’s results, so why was it necessary to be a lead participant, especially in the face of such broad opposition?

As a Ranking Member of the Appropriations subcommittee that oversees the DOT’s budget, I was not officially informed about the proposed financial commitment, and I have sent aletter to DOT Commissioner James Redeker requesting responses to these questions and others. I will share whatever information I receive.

I don’t believe there is a mileage tax in Connecticut’s near future, if for no other reason than that it’s a complicated and controversial undertaking, and, fortunately, no one seems to be even close to figuring out how to implement it. But I am extremely concerned about how the decision was made to pursue this study and to commit scarce and needed dollars to something that taxpayers and their representatives overwhelmingly oppose.

The clear message here is that the executive branch is determined for Connecticut to lead in studying the mileage tax concept, regardless of what taxpayers and their General Assembly representatives think about it. The proper course of action is for the DOT to withdraw its commitments from the grant proposal, and to improve the transparency of its communications with the legislature and the public.

As always, don’t hesitate to call or email me if you’d like to discuss this or any other issue further.