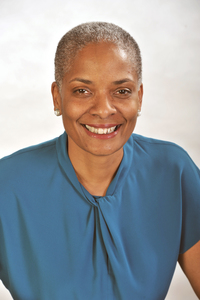 “We are happy to inform you that your campaign has been given the Moms Demand Action Gun Sense Candidate distinction. Thank you again for standing up for gun violence prevention and recognizing gun safety,” said Norma Rahall, Moms Demand Action for Gun Sense.

Moms Demand Action for Gun Sense in America is a grassroots movement of Americans fighting for new and stronger solutions to lax gun laws and loopholes. Since its inception after the tragedy at Sandy Hook School, Moms Demand Action has established a chapter in every state of the country and, along with Mayors Against Illegal Guns and the Everytown Survivor Network, is part of Everytown for Gun Safety, the largest gun violence prevention organization in the country with more than four million supporters.

In receiving this support, Thomas said, “I thank Moms Demand Action for Gun Sense for their work on this important public safety issue.  Like many Connecticut residents, the gun violence that surrounds us feels personal to me.  When I go to public places, I find myself searching for the emergency exit…just in case.  Numerous people on the campaign trail share this fear – for themselves and for their children.  We must work to make Connecticut’s gun laws stronger by bringing everyone to the table to create common sense solutions that protect us all.”

Stephanie Thomas is not afraid to stand up and help build a safe, healthy and economically strong future for Wilton, Westport, and Norwalk.