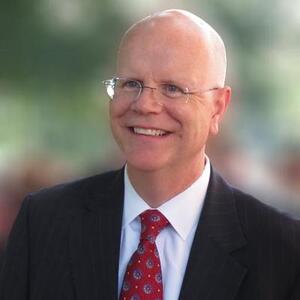 Governor Ned Lamont released the following statement regarding the announcement made today by State Comptroller Kevin Lembo that he intends to resign from his elected office effective December 31, 2021, due to an ongoing medical condition:

“It is with incredible sadness that we receive this news. I can only imagine how difficult it is for Kevin to make the decision to step down from a position that he loves and that he energetically campaigned to fill. Throughout his entire public life, Kevin has dedicated himself to looking out for others, and in his time as comptroller, he has been committed to righting the fiscal ship of Connecticut and fighting to implement policies that tame the state’s revenue volatility and bring financial stability. He has been one of the state’s leading advocates for increasing access to health care, specifically focused on reducing costs while improving quality of care and ensuring that nobody is left behind. He has looked out for the vulnerable his entire life. Throughout his three terms in office, he has truly made an impact, and Connecticut stands in a much stronger position today because of it. I’m proud over these last several years to have partnered with him on these efforts, and I truly consider him a friend. Kevin refers to himself as a nerd, and sometimes a nerd is exactly what you need. I wish nothing but the best for Kevin, his husband Charles, and their children, and I thank him for everything he’s given to Connecticut.”

As required by state statute, when the legislature is not in session, the responsibility to fill the vacancy falls to the governor. Governor Lamont will announce an appointment soon.