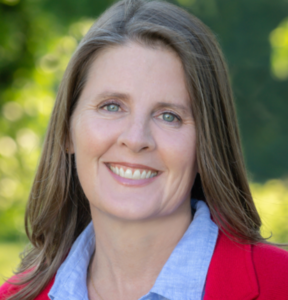 Kim Healy pledges to bring common-sense, results and to bring people together to build a better Connecticut

Wilton Selectwoman, Kim Healy, was nominated last night by a unanimous vote of delegates at the 42nd House District Republican Convention. The district was formed in the recent statewide redistricting initiative to include all of Wilton and parts of New Canaan and Ridgefield.

“I am truly honored to have the support from our community and to have the opportunity to continue to serve Wilton as well as New Canaan and Ridgefield,” said Healy. “I am running because I believe we can achieve more when we listen to each other and work together towards common goals. As I’ve talked to neighbors and community members, I’ve learned that despite our political differences – we all seek a safe and healthy place to live, work, raise a family, and eventually retire, we value our individual rights and a commitment to help others.”

A long-time volunteer, Healy, a resident of Wilton for 14 years, was elected as a Board of Selectmen member in 2021 after serving the community through various appointed positions, including the Wilton Library’s former treasurer, as well as serving the same position for the Wilton Youth Council. She is a CPA and former auditor with PricewaterhouseCoopers.

“As a state representative, I pledge to bring common-sense to Hartford, to serve with integrity, ask the tough questions, to communicate clearly and represent our district, not a political party or a special interest,” added Healy. “The upcoming November election will be one of the most important in memory and can change the direction of our state for the better for generations to come. Let’s work together for the common good.”

A mother of four, Healy has spent most of her life giving her time and sharing her expertise with many local not-for-profits. Healy grew up in Pearl River, N.Y. which is a suburb of New York