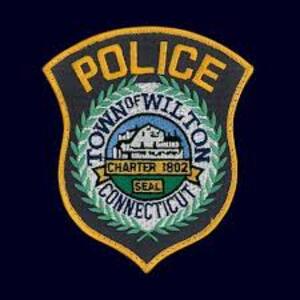 On January 7, 2021 officers responded to a residence in the Town of Wilton on a report of shots fired. It was reported by the 911 caller that a gunshot was heard originating from outside the residence. The resident believed an ex-boyfriend to be responsible. Later investigation revealed that this individual, Ian Murray, had been engaging in a course of conduct consistent with stalking.

Officers responded to the residence. In the driveway officers observed a vehicle belonging to the resident with damage consistent with a bullet hole. Officers began to canvass the area and located a 1995 Chevy S10 pick-up truck traveling on an adjacent roadway with no tail lights. A traffic stop was conducted and IAN MURRAY was found to be a passenger in the vehicle operated and owned by Christopher Smeriglio.

MURRAY and SMERIGLIO were ordered out of the vehicle and detained. Approximately 4 grams of marijuana was located on MURRAY's person. A search of the vehicle revealed a revolver type firearm in the glove box.

MURRAY and SMERIGLIO were taken into custody, charged, and held on $250,000 and $50,000 bonds respectively. Both were arraigned on January 7, 2021 at Stamford Superior Court.