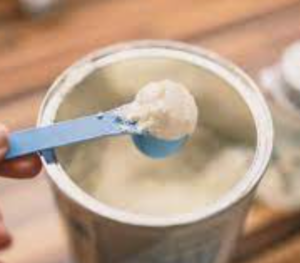 Officials from the Connecticut Department of Public Health have been utilizing numerous options to assist families of its Special Supplemental Nutrition Program for Woman, Infants and Children Program during the nationwide infant formula shortage.

The formula shortage has made it difficult for WIC families to find formula, despite the additional products available to them. There is limited stock in stores due to decreased supply across the country, including in Connecticut. WIC has been feeling the impact of the formula shortage, which has become more significant since the recall in February.

“Families have to go to multiple stores to find enough formula or switch to another type of formula,” said DPH Commissioner Manisha Juthani, MD. “Some of the specialty formulas for medical conditions are scarce as well, and formula redemptions in Connecticut are down because the supply is very limited.”

Commissioner Juthani added that Connecticut is currently part of a multi-state contract with Abbott.  However, because of the recall and through a waiver process with the United States Department of Agriculture, Abbott has been allowing the Connecticut WIC program to offer 80 comparable formulas when the company’s products are not available without being in breach of contract. Additionally, DPH is not enforcing minimum stocking requirements for authorized retailers at this time as usually is suggested by USDA.

“Our team has been working closely with local agency staff to help families find retailers that have in stock products in their area, or even switch the participant's benefits package when needed,” Commissioner Juthani said. “The staff also have been working directly with manufacturers to order emergency formula.”

Additionally, the DPH WIC Program promotes breastfeeding as the normal and optimal method to feed infants for at least the first year of life with a special emphasis on the health benefits derived from exclusive breastfeeding for the first six months.

For pregnant persons who were not considering breastfeeding, DPH strongly encourages expectant families to think about breastfeeding due to the unprecedented nationwide formula shortage. Exclusive breastfeeding, notwithstanding a formula shortage, is recommended by the American Academy of Pediatrics as the normal and optimal feeding method for infants through the first six months of life.

For individuals currently combining breastfeeding and infant formula feeding, DPH recommends breastfeeding more often to increase milk supply and reduce the need for infant formula. Additional information to families has been communicated through the local WIC agency staff, the WIC One Call text system, through DPH's social media channels and on the Connecticut WIC website: https://portal.ct.gov/dph/WIC/WIC.

The USDA and the Food and Drug Administration are taking measures to address the formula supply shortages, including working with major manufacturers to increase supply and helping to ensure that Abbott's Sturgis facility can safely resume production soon.