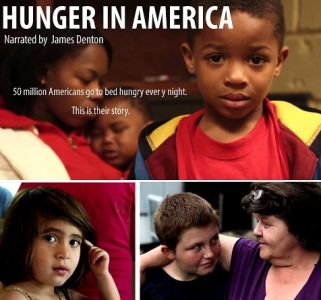 “Hunger in America,” an award-winning documentary film directed by Zac Adams, will be presented in Southbury at 7 p.m. on Wednesday, April 22, in a free public screening sponsored by Southbury Woodbury Interfaith Ministries (S.W.I.M.).

The 60-minute film, with a script written by Adams and narrated by actor James Denton, will be shown in Room 205 of the Southbury Town Hall. Southbury Food Bank Director Ann Marie Galus and Community Services Council of Woodbury President Bob Taylor will participate in an open question-and-answer session after the screening.

“Hunger in America” is a powerful and eye-opening documentary tackling the hunger epidemic in America, that will change your whole perception of what hunger looks like. 50 million Americans will go hungry tonight. This is their story. The event is free and open to the public. Come watch the film and discuss its significance with our community.