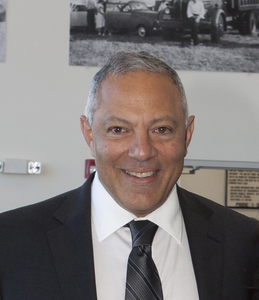 Corey Shaker of Woodbury, co-owner of The Shaker Automotive Group, the president of a grassroots mental health organization, and a town facility will all be honored during the Watertown Oakville Chamber of Commerce’s 55th Annual Meeting & Awards Dinner on Thursday, November 14, 2019.

The event begins at 5:30 p.m. at the Grand Oak Villa, 550 Sylvan Lake Road in Oakville, and will include a silent auction to raise money for the Chamber’s Annual Scholarship Program, which provides two $1,500 scholarships for graduating Watertown High School students — one pursuing a career in business, the other a STEM or trade-related career.

“The criteria for selecting the Watertown-Oakville Chamber’s Community Leader of the Year include a nominee’s personal impact on the business community, how he or she demonstrates leadership, their notable accomplishments and the extent of their community involvement,” said Lori DosSantos of Bank of America Merrill Lynch, chairwoman of the Watertown Oakville Chamber Board of Directors.

Corey Shaker is a partner in and president of The Shaker Automotive Group, now in its eighth decade. The dealership was founded in Waterbury in 1930 by his grandfather. Since then, it has expanded across New England and includes seven dealerships in Connecticut and Massachusetts. That includes Shaker Family Ford Lincoln at 831 Straits Turnpike in Watertown, which it tore down in 2012 to build a new, 35,000-square-foot facility featuring 20 service bays, a car wash and detail center, customer business center and lounge, executive offices, and training center. It also recently acquired Bradshaw Chrysler Jeep in Watertown.

Shaker, who lives in Woodbury with his wife, Danielle, is being honored for his organization’s continued investment in Watertown, providing the town with significant tax revenue, jobs, and economic development.

Past recipients of the Community Award are Susan Atkins of Bradshaw Jeep in 2006; Dr. Joseph Erardi, Superintendent of Schools, in 2007; Bill Dunbar of Copes Rubbish Removal in 2008; Peter Baker of Crystal Rock in 2009; Dennis Strozzi of Siemon Realty in 2011; Stephen Martino of Martino’s Pizzaria in 2012; Watertown Town Manager Chuck Frigon in 2013; Rich Dupont of Resource Development Associates in 2014; Jack Traver of Traver IDC in 2015; Dr. Bridget Carnemolla, Superintendent of Schools,  in 2016; Robert LaBonne Sr. of LaBonne’s Markets in 2017, and Margret Warner of Litchfield Bancorp in 2018. No award was presented in 2010.

D’Averso, the 2019 Unsung Hero Award recipient, is president of NAMI, the nation’s largest grassroots mental health organization dedicated to building better lives for the millions of Americans affected by mental illness. Founded in 1979 by a small group of families, NAMI has grown into an association of hundreds of local affiliates, state organizations and volunteers who work to raise awareness and provide support and education not previously available to those in need.

D’Averso, who lives in Watertown with his wife, Jenny, also serves as the facilities director for Apple Rehab in town. He works tirelessly for the local community, helping to raise money for NAMI, recruiting volunteers, and cooking for two annual NAMI events, while also raising money for the Fisher Foundation for Veterans. He also has a catering business, a contracting business, and owns Joey’s Army Navy Store at 20 Depot St.

The Unsung Hero Award, DosSantos said, “is presented to a person or group who often works behind the scenes in Watertown-Oakville; has provided substantive yet unrecognized contributions to their community or business; exhibits fair and honest business practices; lives, works, or owns a business in Watertown-Oakville, and helps, supports and empowers other people to advance.”

Past recipients of the Unsung Hero Award include The Watertown Foundation in 2012; Sorrina Salvatore of Ion Bank in 2013; Theresa Gorman of Weichert Realty Briotti Group in 2014; Joseph McGrail of Remote Automation Systems/Emerson in 2015; Paul Jessell, Esq., of Slavin Stauffacher & Scott in 2016; William Wildman Sr. of Bill Wildman Floor Covering in 2017, and Don Gamsjager of DNR Laboratories in 2018.

The Chamber’s Beautification Award recognizes individuals, companies, and organizations for efforts that add to the aesthetics of the area by improving their properties or key access points to the community. “The nominee must be a Watertown-Oakville-based business, have demonstrated a special effort to improve and/or maintain a high standard of beautification of their property, and the physical enhancements may be but are not limited to, exterior renovations, landscaping, signage, and seasonal decorations,” DosSantos said.

Watertown Library Association, 2019 Beautification Award recipient, recently completed the Woodward Atrium Project for the library at 470 Main St., enhancing the façade and enlarging its interior. The expansion, the first since 1976, added a multi-purpose community room and two public meeting rooms, made its Book Nook more accessible and increased handicapped parking.

The Business Sponsor for the event is Litchfield Bancorp. Sponsorships to show support for the honorees at the 2019 Watertown Oakville Annual Meeting & Awards Dinner are still available by calling Alison Amato in the Chamber offices. Tickets are $50/person or a table of 10 for $550. Reservations are required by Thursday, November 7. Call the Chamber at 203-757-0701 or visit www.watertownoakvillechamber.com.