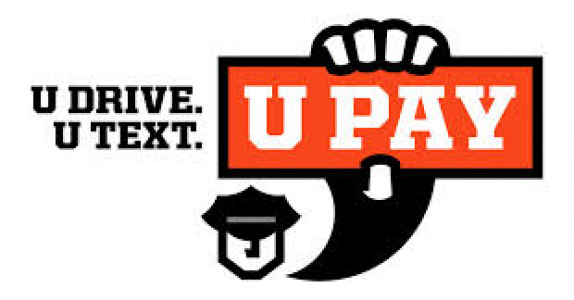 During the month of April, the Connecticut State Police will participate in the national distracted driving enforcement campaign known as UDrive. UText. UPay.  This high-profile initiative will target motorists who are using hand-held cell phones and mobile devices - talking or sending text messages - while driving.

While using a hand- held cell phone or texting while driving remains illegal in Connecticut, the practice continues to be widespread.

In order to decrease highway fatalities and motor vehicle accidents, state police will lead a sustained effort over the course of the month that will focus on the dangerous behavior of distracted driving, using cell phones and mobile devices while driving.

“A driver taking his or her attention off the road to attend to a phone call or a text is an accident waiting to happen and is a true hazard. When behind the wheel, we implore all drivers to make safety their first priority – safety for themselves, their passengers and other drivers.  Keeping eyes and concentration on the road and not on a screen are essential to maintaining danger-free highways in Connecticut,” said Colonel Brian Meraviglia, Commanding Officer of the Connecticut State Police.

The National Highway Traffic Safety Administration estimates that each year thousands of people are killed in distracted driving related crashes and nearly a half million people are injured.

The campaign is being carried out during the month of April, which is National Distracted Driving Month, and is modeled after similar successful high visibility enforcement campaigns such as Click It or Ticket and Drive Sober or Get Pulled Over.

Violating Connecticut’s cell phone and texting law will cost violators between $150 and $500. Texting and using a cell phone while driving are also considered moving violations, which can be reported to insurance companies. This can result in higher premiums for violators.