Details
Published on Saturday, 01 May 2021 11:09
Written by Westchester County 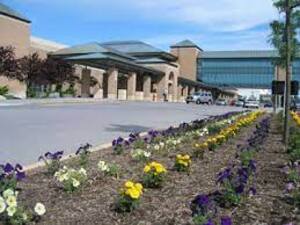 Multiple fire departments and other first responders will participate in an emergency response drill at the Westchester County Airport on Saturday, May 1.

Fire, EMS and police vehicles will stage along Route 120 prior to the exercise, which is scheduled to commence about 9 a.m. The exercise scenario involves a simulated crash of a commercial jet.

The exercise, which is required every three years by the Federal Aviation Administration, tests the airport’s emergency response plan. In addition to multiple fire departments and EMS agencies, participants include the Westchester County Police, FBI, American Red Cross and Airport Operations personnel.

The airport will remain open for air traffic and other business during the exercise.

Commissioner Richard Wishnie of the Department of Emergency Services said people traveling to or near the airport should not be alarmed when they see multiple emergency vehicles and smoke from a simulated fire.

“The Aviation community is aware of this exercise and we want to alert the public as well,” he said. “We will also be using electronic message boards and other signage to indicate that a drill is in progress.”

Westchester County, located in the heart of the historic Hudson Valley, covers 500 square miles and has a population of just under a million.  Originally home to Native Americans, who were members of the Lenape tribe, it is today a rich mix of many cultures and landscapes.  The County is a blend of bustling cities, quaint villages and picturesque towns as well as open spaces and a network of beautiful parks. Westchester is made up of 6 cities, 19 towns and 20 villages.  Westchester County is known for top-notch public schools, and a high quality of life.  The County is also an intellectual capital, boasting a highly educated workforce, competitive colleges and universities, Fortune 500 companies, world changing non-profits, and cutting-edge research centers.  Westchester is led by County Executive George Latimer, who took office in January 2018 as the ninth County Executive. Using inclusion and openness as a foreground, Latimer is fighting to make Westchester a destination for all people to live, work and enjoy. Learn more about Westchester County by visiting www.westchestergov.com