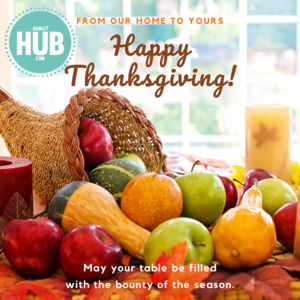 The event that Americans commonly call the "First Thanksgiving" was celebrated by the Pilgrims after their first harvest in the New World in October 1621. This feast lasted three days, and - as recounted by attendee Edward Winslow, it was attended by 90 Native Americans and 53 Pilgrims. The New England colonists were accustomed to regularly celebrating "thanksgivings"—days of prayer thanking God for blessings such as military victory or the end of a drought

Setting aside time to give thanks for one's blessings, along with holding feasts to celebrate a harvest, are both practices that long predate the European settlement of North America. The first documented thanksgiving services in territory currently belonging to the United States were conducted by Spaniards and the French in the 16th century.

Thanksgiving services were routine in what became the Commonwealth of Virginia as early as 1607, with the first permanent settlement of Jamestown, Virginia holding a thanksgiving in 1610.In 1619, 38 English settlers arrived at Berkeley Hundred in Charles City County, Virginia. The group's London Company charter specifically required "that the day of our ships arrival at the place assigned... in the land of Virginia shall be yearly and perpetually kept holy as a day of thanksgiving to Almighty God." Three years later, after the Indian massacre of 1622, the Berkeley Hundred site and other outlying locations were abandoned and colonists moved their celebration to Jamestown and other more secure spots.

Since 1863, Thanksgiving has been observed annually in the United States. The holiday superseded Evacuation Day, a de facto national holiday that had been held on November 25 each year prior to the Civil War and commemorated the British withdrawal from the United States after the American Revolution.