Have you heard of CrossTalk 2.0? 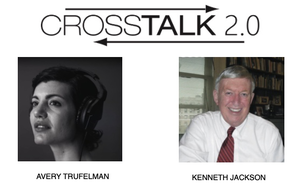 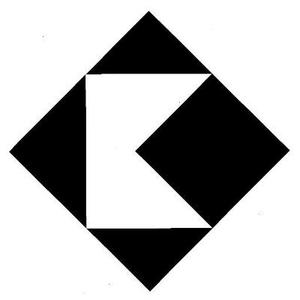 CrossTalk 2.0 is a reincarnation of the original CrossTalk series co-produced by the Katonah Museum of Art and the Katonah Village Library a decade ago. Each program in this summer’s series features two local leaders, juxtaposed in unlikely and seemingly unrelated pairings but tackling the same theme. During each 30-minute Zoom program, hosted by a CrossTalk 2.0 Committee member, the speakers will explore a compelling topic, engage in lively conversation with each other and field questions from viewers.
'
Register now and join us for the first virtual session of CrossTalk 2.0 on June 30.

Kenneth T. Jackson is a professor of history and social sciences at Columbia University. A frequent television guest, he is best known as an urban historian and a preeminent authority on the history of New York City. Jackson's achievements as an author include The Ku Klux Klan in the City, Cities in American History, Crabgrass Frontier: The Suburbanization of the United States, and The Encyclopedia of New York City, for which he served as the primary editor. Jackson has earned numerous distinctions as a professor at Columbia University where he is the director of the Herbert H. Lehman Center for American History and the Jacques Barzun Professor of History and Social Sciences.

Avery Trufelman has become a well-known voice in podcasting with the popular design show 99% Invisible and its spinoff series about clothing design, Articles of Interest, which was picked by the New Yorker Magazine as one of the top ten podcasts of 2018. She hosted and produced the podcast series Nice Try!, an exploration of failed utopian experiments throughout history, with the 2019 series recommended by Time Magazine as one of the year’s best history podcasts.