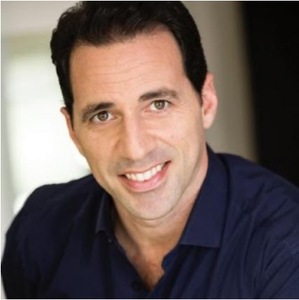 This past week, the inaugural talk for Camp Herrlich’s Tremper Talks, featured Chris Dessi. Chris engaged our Junior Board and Board of Directors in the conversation “How to be 10% Better at Life”.

In addition to his latest book, Remarkable You: Build a Personal Brand, and Take Charge of Your Career, he has written two other books.  A book about success titled, Just Like You: 24 Interviews of Ordinary People Who Have Achieved Extraordinary Success.  In 2012, Chris ‘s debut book titled Your World is Exploding: How Social Media is Changing Everything and How You Need to Change with It shot to #1 on Amazon’s Hot New Releases. He regularly appears on CNBC, CNN, Fox News, Good Day New York, & FOX BUSINESS’s Varney & Co.

In 2012, Dessi was selected by the Business Council of Westchester’s 40 Under 40 for exemplifying leadership, foresight and a vision for the future of Westchester County, where he currently resides with his wife and two daughters Talia & Olivia. Consistent with his passion for his professional career is the devotion he has to his family. Having never been a runner, he trained to run the New York City Marathon to raise money for the ALS Association after his father was diagnosed with the disease. When the Marathon was canceled after Hurricane Sandy hit, he took it upon himself to run his own 26.2-mile marathon route in Westchester to honor his father. The story was covered in Sports Illustrated. The disease took his Father’s life on February 3rd, 2015.

Camp Herrlich is a not-for-profit year-round facility that offers day and sleepaway camp, school-age child care, retreats, teambuilding and leadership, and outdoor education programs. The camp is located in the heart of Putnam County, about one hour north of New York City

The leadership series gets its name from Mt. Tremper in the Catskills where Harold Haar; a pivotal leader in the Camp’s history, first began his dream of operating a multicultural camp to benefit underserved children before later arriving at Camp Herrlich to continue his life’s pursuit.

For more information about Camp Herrlich, Tremper Talks, and our Junior Board please visit www.campherrlich.org