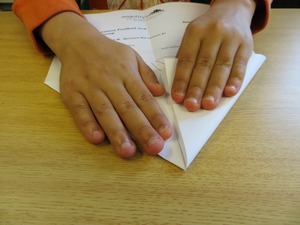 Long the bane of schoolteachers, paper airplanes have entertained schoolchildren (and adults) all over the world for decades.

National Paper Airplane day is a day to celebrate this simple but fun activity out of the classroom as well, the day honors the simple airborne toy that has reportedly been around for thousands of years.

Joe Ayyob a former Arena League quarterback holds the record for throwing a paper airplane a distance of 226 feet, 10 inches in March of 2021, and a YouTube.com video of the throw has more than 4.8 million views. That plane was designed by aircraft designer John M. Collins in California.

The largest paper airplane ever built had a wingspan of almost 60 feet (59.74). It was created by a group of students and employees in Germany on September 28th 2013.

The longest flight in terms of time is recorded to be 29.2 seconds

There is more than one way to fold paper for a test flight. Find dozens of tips for designs at www.foldnfly.com.