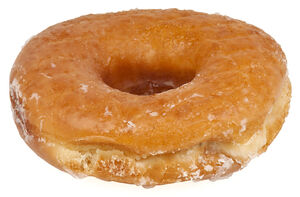 Each year on the first Friday in June, people participate in National Doughnut or Donut Day, celebrating the doughnut and honoring the Salvation Army Lassies. The Salvation Army Lassies are the women who served doughnuts to soldiers during WWI. Many restaurants, including Dunkin’ and Krispy Kreme, are marking the annual made-up food holiday with fried freebies and other deals.

The doughnuts were often cooked in oil inside the metal helmets of American soldiers. American infantrymen were then commonly called “doughboys.” A more standard spelling of the word is “donut.”