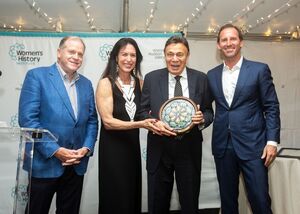 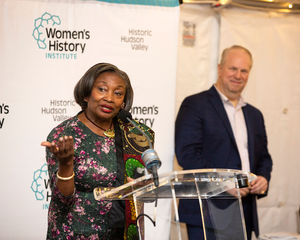 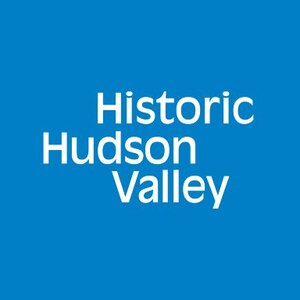 In recognition of Martin and Irene Ginsburg’s significant contributions to the economic development, environmental protection, and cultural vitality of Westchester County, Historic Hudson Valley honored the couple at a dinner on June 23 at Abeyton Lodge, in Pocantico Hills, New York. Martin Ginsburg is the founder and principal of Ginsburg Development Companies, which has its headquarters in Valhalla and operates throughout the Hudson Valley region.

Sen. Stewart-Cousins, who recently secured $1 million in the New York State budget to support arts programs in the region, spoke at the dinner. The senator has been involved with HHV’s Women’s History Institute initiatives in the past, including an appearance at the popular event, “Vote Like a Girl,” a summer festival at Washington Irving’s Sunnyside. “I’m pleased to support Historic Hudson Valley’s Women’s History Institute, which tells the stories of the women — both free and enslaved — who contributed so much to the economy and culture of the Hudson Valley,” Sen. Stewart-Cousins said.  “My heartiest congratulations go out to Martin and Irene Ginsburg who were honored for their restoration and transformation of a historic Peekskill convent into a world-class destination.”

Messrs. Rockefeller and Neely presented the Ginsburgs with an award recognizing their decades of work and their dedication to the area.

“As one of the most prominent real estate developers in the region, Martin and Irene Ginsburg have long been champions of the Hudson Valley as a world-class destination because of its natural beauty, historic significance, and extraordinary cultural institutions,” said Waddell Stillman, president of Historic Hudson Valley. “With HHV’s focus on preserving and contributing to this unique regional landscape, it is only fitting that we honor the Ginsburgs and their extraordinary adaptation of the former home of the Community of St. Mary, the oldest Episcopalian religious order in the United States.”

The Women’s History Institute, which was founded in 2016, illuminates the contributions of women in the Hudson Valley through critical research, popular events, and digital programs, such as “Invisible Women,” a virtual field trip under development featuring the little-known stories of the free and enslaved women of Philipsburg and Van Cortlandt Manors. “Invisible Women” was supported by a prestigious grant from the National Endowment for the Humanities.

Proceeds from the dinner support the programs of the Women’s History Institute, including Summer Research Fellowships, educational resources for local students, and digital and virtual experiences for a global audience.

About the Women’s History Institute

The Women’s History Institute fosters a deeper understanding of the women who shaped the culture and chronicle of the area, including the diverse women who lived and worked on our sites, and offers a contemporary audience the resources necessary to take inspiration from their history.

More information about the institute can be found at hudsonvalley.org/womenshistory

About Martin and Irene Ginsburg

Martin Ginsburg, founder and principal of Ginsburg Development Companies (GDC), is first and foremost an architect. As a result of his attention to design, site planning, and detail, GDC’s developments have won numerous design and community planning awards. With more than 50 years of experience and market leadership, GDC has built many of the region’s most successful and prestigious luxury developments throughout the Hudson Valley Region, earning GDC’s reputation as the region’s premier residential developer. Together with his wife, Irene Ginsburg, he has transformed the former convent of the Episcopal Sisters of Saint Mary's in Peekskill into the majestic Abbey Inn & Spa.

Historic Hudson Valley, Westchester County’s largest cultural organization, educates and entertains more than 325,000 visitors a year through school programs, tours of National Historic Landmarks, and large-scale events like The Great Jack O’Lantern Blaze. From its lower Hudson Valley base of operations, the organization focuses on delivering quality educational and entertaining experiences, striking a balance between tradition and vision, from preserving the past, to contextualizing it in creative ways for 21st-century audiences.