It's A Wrap: Census Year in Review 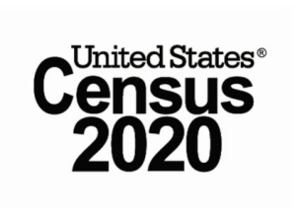 This holiday season marks the end of a decade, the start of the 2020s, and the beginning of one of the U.S. Census Bureau’s most important missions: counting every person in the United States in the 2020 Census.

Some of the highlights include:2017 Economic Census — We started releasing statistics in September and will continue through 2021. This once-every-five-year look at our economy measures the impact of nearly 4 million businesses. The Economic Census is the most extensive collection of data related to business activity.

2020 Census "Shape your future. START HERE." — We launched this communications campaign for the 2020 Census to help explain why it matters and how it can shape your community. The 2020 Census advertising campaign will be in English and 12 other languages.America
Counts: Stories Behind the Numbers — Our new content platform, launched in September 2017, is on track to publish 100 stories this year. In 2019, we had our best year (more than 1 million visits), month (146,617), week (49,908) and day (14,661). Thanks for reading and sharing!Data.census.gov — In July, we launched this new data platform to replace American FactFinder. It will be the primary way to access Census Bureau data, including upcoming releases from the 2017 Economic Census, 2018 American Community Survey, 2020 Census and more.
Statistics in Schools — This program offers K-12 educators free online activities, games and other resources to help them bring statistics into their classrooms, including activities for students to learn about the importance of having everyone in their families counted in the 2020 Census.
Next year promises to be an exciting and busy time for all of us here at the Census Bureau. To stay current and connect with us, sign up for email updates. And remember to be counted in the 2020 Census. We will release the final population numbers in December 2020.