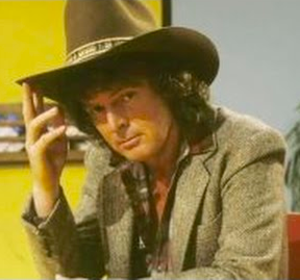 Don Imus, the controversial radio “shock jock” who hosted the popular longtime radio show “Imus in the Morning" passed away earlier this morning at the age of 79. He was known for his outspoken on-air personality and his program sometimes offended listeners as he was accused of making racist and homophobic comments. Imus debuted his show in 1971 on WNBC in New York City. He inspired many others including Howard Stern. Imus and his wife Deirdre founded the Imus Ranch in 1999, a summer camp for children with cancer. He retired from broadcasting in 2018 after a nearly 50-year career. Earlier this year he announced he had been diagnosed with prostate cancer. He was hospitalized on Christmas Eve at Baylor Scott and White Medical Center in College Station, Texas, where he passed. A representative did not state the cause of death.

“Shocking news on the passing of my friend, Don Imus. He will long be remembered as one of the true giants in the history of radio. My thoughts and prayers to Deirdre and Wyatt. God speed,” wrote Sports Radio Host and Friend Mike Francesca on Twitter.

Popular Radio Host Mark Simone, on Twitter, called Imus "A true pioneer. He was a great mentor and going from being his biggest fan as a teenager to being his regular fill in years later, was a great honor. We all learned a lot of things from him."

No services for the Shock Jock have been announced.