Props & Costumes from MARVEL’S AGENTS OF S.H.I.E.L.D. to be auctioned 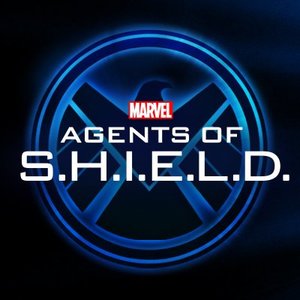 Over 500 lots will be offered in this live auction, which takes place this November.  Fans can register now to bid in the auction and to get updates at www.propstore.com/marvel.

A preview gallery featuring auction highlights is now available at www.propstore.com/marvel. Additional preview galleries focused on each of the seven seasons will be made available every Friday starting August 14th.  Lots offered will span across each season, including items from many of the characters who originated from the series and others who make appearances from the broader Marvel Cinematic Universe or the pages of Marvel Comics.

Highlights of the upcoming auction that fans and collectors can bid on with estimated sale prices include:

Each item comes with a Certificate of Authenticity signed by Prop Store and Marvel Entertainment EVP and Creative Director, Joe Quesada.

Prop Store is offering a free chance to win a production used Marvel’s Agents of S.H.I.E.L.D “C.A.S.T.” chairback or one of four S.H.I.E.L.D. or Hydra production made patches to five winners who register for the auction. Complete contest rules can be found at: www.propstore.com/marvel.

Chuck Costas, VP of Business Development & Operations for Prop Store, commented on the upcoming auction: “Marvel’s Agents of S.H.I.E.L.D was an innovative series that brought together an original S.H.I.E.L.D team with Marvel favorites from the broader Marvel Cinematic Universe and pages of Marvel Comics.  We’re excited to able to offer Marvel fans a curated selection of the most iconic props and costumes from the greatest moments in all seven seasons of this classic television series.  It’s amazing to see some of these gadgets and costumes in person… and now we’re giving people a chance to own them!”

Mike Pasciullo, SVP, Marvel Marketing and Communications, spoke about the upcoming auction: “Marvel’s Agents of S.H.I.E.L.D. was not only our first live action television series, it’s also Marvel Television’s longest running television series. This show was truly made for the fans and it has been the fans’ support and excitement that has allowed us to have seven amazing seasons. I cannot imagine a better way to celebrate that fandom than by giving everyone a chance to add authentic pieces of this ground breaking series to their cherished collections.”

Operating since 1998, Prop Store founder Stephen Lane’s love for movies led him to begin hunting for the same props and costumes that were used to create his favorite films. He found that he could not only provide collectors with access to their most coveted pieces, but also establish archival standards for a new, pop-culture hybrid of fine art and memorabilia collecting – prop art. Prop Store handles prop disposal, sale, archive and auction services to production companies and distributors as well as fixed price item sale on its website, www.propstore.com.

Marvel Entertainment, LLC, a wholly-owned subsidiary of The Walt Disney Company, is one of the world's most prominent character-based entertainment companies, built on a proven library of more than 8,000 characters featured in a variety of media for over eighty years. Marvel utilizes its character franchises in entertainment, licensing, publishing, games, and digital media.