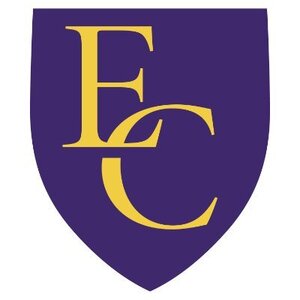 Angelica Everett, of Yorktown Heights, NY, was among the graduates celebrated at the 163rd Elmira College Commencement on Sunday, June 6. The exercises included 169 undergraduate and 23 graduate students. Everett graduated with a Bachelor of Science.

Following a welcome and award recognitions by Elmira College President Charles Lindsay, Lindsay conferred Mr. Ron Verkleeren, senior vice president and general manager, Life Sciences at Corning, Inc., with the honorary Doctor of Letters. In his current position, Verkleeren oversees the Life Sciences divisions at Corning Incorporated that have been on the forefront of providing critical products in the fight against the COVID-19 pandemic. This includes the development and distribution of the glass vials used for the COVID-19 vaccine and other critical components for vaccine research and production and diagnostic testing.

During his 19 years with Corning, Verkleeren has led several businesses as well as numerous innovation and growth initiatives. In Optical Communications, he grew a new business in the midst of a severe market decline. During his tenure in Life Sciences, he led major innovations such as Corning HYPERFlask and Corning Valor Glass. He helped secure multi-year agreements with leading pharmaceutical customers and new regulatory approvals. Verkleeren also initiated and led the integration of several acquisitions.

Following the conferring of the honorary degree, Dr. Corey Stilts, provost, introduced the 2020 and 2021 Salutatorians, Jacob Weber and John Mullan, as well as the 2020 and 2021 Valedictorians, Elizabeth Foster and Brenna Garrison. Stilts then presented the 2021 undergraduate and graduate candidates to Lindsay for conferral.

"To all the graduates and prizewinners whom we have honored today, let me say that we are proud of you and look forward to great things as you move ahead in your careers," said Lindsay. "What you have built during your time here - both the foundation within you and the community around you - is now a part of you. A foundation to be used as you continue to grow and move forward in life."

Founded in 1855, Elmira College is a private, residential, liberal arts college offering 25-plus majors, an honors program, 17 academic societies, and 18 Division III varsity teams. Located in the Southern Finger Lakes Region of New York, Elmira's undergraduate and graduate student population hails from more than 20 states and nine countries. Elmira is a Phi Beta Kappa College and has been ranked a top college, nationally, for student internships. The College is also home to the Center for Mark Twain Studies, one of four historically significant Twain heritage sites in the U.S., which attracts Twain scholars and educators from around the world for research on the famous literary icon. Proud of its history and tradition, the College is committed to the ideals of community service, and intellectual and individual growth.