Details
Published on Wednesday, 18 May 2022 16:32
Written by Worcester Polytechnic Institute 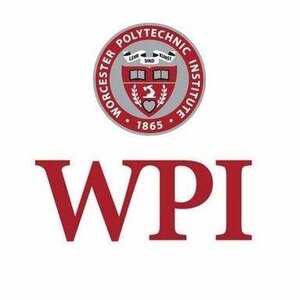 In her final commencement exercises before stepping down to become the Director of NASA's Jet Propulsion Laboratory, President Laurie Leshin presided over both celebrations, along with Board of Trustees Chairman William Fitzgerald '83. In her remarks, President Leshin celebrated the Class of 2022 and all they have accomplished during their time at WPI, including how they weathered the challenges of the pandemic. "While it would be unfair to describe the second half of your time at WPI as anything short of extraordinarily challenging, as always, I am so heartened by how this community came together to meet every moment," she said.

The keynote address was given by Rochelle Walensky, MD, MPH, Director of the Centers for Disease Control and Prevention (CDC), and Administrator of the Agency for Toxic Substances and Disease Registry, who was awarded an honorary degree. She praised the members of the Class of 2022 for navigating the uncertainties of the pandemic and implored them to continue embracing the many shades of gray they first encountered due to COVID-19, and are likely to continue to face in their professional lives.

Honorary degrees were also bestowed upon State Senator Harriette Chandler, the first woman from Worcester to serve in the Massachusetts State Senate, a position she has held since 2001. Lesley Small Zorabedian '72 was honored with a Presidential Medal for her trailblazing efforts to help shape the university. She was one of the first women to be enrolled at WPI as an undergraduate in 1968 and in 1972, she became the first woman to receive an undergraduate degree from WPI.

The undergraduate class speaker, Nicole Conill, received a Bachelor of Science degree in Computer Science, with a focus on cyber security. Conill is pursuing a master's in Computer Science at WPI. Her speech was titled "Reflect on the Past. Celebrate the Present. Focus on the Future." She concluded by telling her classmates to "follow your heart to wherever, whomever, or whatever it is that calls you. Use what you've learned from WPI, whether it's academic or personal, to guide you on that journey."

WPI, a global leader in project-based learning, is a distinctive, top-tier technological university founded in 1865 on the principle that students learn most effectively by applying the theory learned in the classroom to the practice of solving real-world problems. Recognized by the National Academy of Engineering with the 2016 Bernard M. Gordon Prize for Innovation in Engineering and Technology Education, WPI's pioneering project-based curriculum engages undergraduates in solving important scientific, technological, and societal problems throughout their education and at more than 50 project centers around the world. WPI offers more than 70 bachelor's, master's, and doctoral degree programs across 17 academic departments in science, engineering, technology, business, the social sciences, and the humanities and arts. Its faculty and students pursue groundbreaking research to meet ongoing challenges in health and biotechnology; robotics and the internet of things; advanced materials and manufacturing; cyber, data, and security systems; learning science; and more. www.wpi.edu