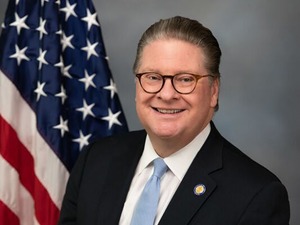 New York State Senator Pete Harckham expressed his disappointment in regard to Governor Andrew M. Cuomo’s veto of legislation that would grant the Mahopac Central School District forgiveness for administrative errors during the 2011-2012 school year.

The errors led to incorrect information being submitted for eight capital improvement projects that received state funding. The state legislation would have allowed the school district to forgo having to repay $3.1 million it has received so far for the projects because of those errors. In addition, the district would still be eligible for $2.7 million of funding promised by the state for the projects.

“I am deeply disappointed that this important legislation, which was passed by both the Senate and Assembly, has not been approved by the governor,” said Harckham. “By all accounts, when the state changed the application process in 2011 for school districts applying for building aid there was some confusion, and a number of districts submitted applications with errors. This was nearly nine years ago, however. The penalties that are being levied on the school district now are unfairly affecting taxpayers and students who were not even in the district when the mistakes occurred.”

Added Harckham, “In this case, two wrongs definitely will not make the situation right.”

The monetary penalty is significant enough to force the district to seriously reconsider spending priorities in the upcoming years, and possibly cut staff or programs.

Harckham said he would try again in the upcoming 2020 legislative session to rectify this unfortunate situation for Mahopac taxpayers and students.

This email address is being protected from spambots. You need JavaScript enabled to view it. ,