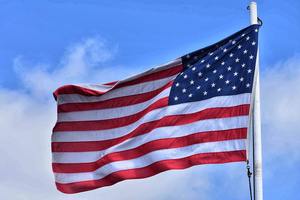 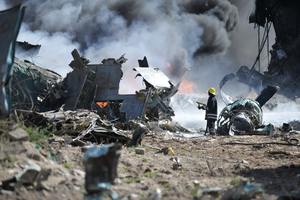 September 11, 2001 marks the unfathomable day where members of the terrorist organization al-Qaeda hijacked four airplanes. The group carried out attacks on the World Trade Center in New York City, the Pentagon in Washington, DC and one of the planes crashed in a field in Shanksville, Pennsylvania. Thousands of innocent civilians and first responders died during these tragic events, leaving the country and the world with a great sense of loss. While we will always remember those who died on 9/11, thousands of individuals continue to suffer from the lasting health effects of the terror attacks.

Few of us can imagine witnessing the iconic World Trade Center buildings crumbling to the ground. As the WTC collapsed on 9/11, the impact of the towers released massive plumes of smoke, dust and debris into the air. The debris clouds contained particles of building materials, office supplies, munitions, and other hazardous chemicals, like heavy metals and asbestos. Over time, many bystanders and first responders who were exposed to these dust clouds developed serious health complications, including lung problems, skin rashes, and various forms of cancer.

In the years following 9/11, doctors and researchers were able to further understand the health conditions potentially linked to breathing the contaminated air at Ground Zero. These WTC-related illnesses include lymphatic cancer, cardiovascular disease, pulmonary fibrosis, myeloma, and thyroid cancer. Because so many Americans are dealing with illnesses and other health conditions from their time at Ground Zero, the federal government implemented two key programs to compensate those who are suffering: the 9/11 Victim Compensation Fund and the World Trade Center Health Program.

The 9/11 Victim Compensation Fund was initially created in 2001 and ran until 2004. The Fund was introduced in order to compensate civilians and first responders who suffered physical injuries or the loss of a loved one because of the terror attacks. Those who volunteered in rescue operations and cleanup projects could also seek compensation from the fund if they sustained physical harm because of their time working at Ground Zero.

From 2001 to 2004, the Fund helped compensate 98% of families who lost a loved one from the attacks, and assisted more than 2,000 individuals who suffered physical injuries. About $7 billion was distributed to more than 5,000 families who filed claims with the VCF.

Despite helping thousands of families who were affected by the 9/11 terror attacks, there were a few flaws with the initial Fund in place. Due to the window to file a claim only being open for a short period of time, the act of filing a claim was difficult for many people who were grieving the loss of a loved one or were suffering from their own conditions. Other civilians or first responders who spent time at Ground Zero in the aftermath of the attacks might not have been aware that they were eligible to file with the Fund.

Furthermore, the initial Fund did not account for individuals who received diagnoses for WTC-related illnesses or injuries until after it was closed in 2004. Even though a bill to extend the 9/11 VCF was introduced in 2005, the Fund was not officially reestablished until U.S. President Barack Obama signed the James Zadroga 9/11 Health and Compensation Act of 2010 into law in January 2011.

At this time, the 9/11 VCF was reauthorized for five years, and in 2015, President Obama signed the James Zadroga 9/11 Health and Compensation Reauthorization Act, extending the Fund for another five years. Finally, President Donald Trump signed the Never Forget the Heroes: James Zadroga, Ray Pfeifer, and Luis Alvarez Permanent Authorization of the September 11th Victim Compensation Fund Act into law in 2019, which extends the Fund until 2090.

The World Trade Center Health Program was another critical initiative established under the James Zadroga 9/11 Health and Compensation Act of 2010. The healthcare program provides medical benefits to 9/11 survivors and first responders afflicted by WTC-related illnesses. Still in effect today, the program continues to monitor and treat individuals who suffer from health complications “aggravated by, contributed to, or caused by an individual's 9/11 exposures.”

It has now been 18 years since the September 11 terrorist attacks, and we continue to remember the lives of those who were lost. Fortunately, with programs like the 9/11 VCF and the WTC Health Program in place, survivors of the attacks can obtain the medical and financial resources they deserve.