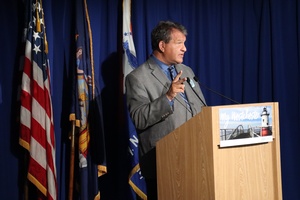 Westchester County Executive George Latimer will be joined by Department of Planning Commissioner Norma Drummond, and Assistant to the County Executive Blanca Lopez for a Facebook LIVE discussion on the County’s response to the 2020 Census.

Latimer will discuss Westchester County’s overall response rate thus far in the 2020 Census, as well as new initiatives the County is undertaking to achieve an accurate count in the Census.

In response to the COVID-19 pandemic, the U.S. Census Bureau has extended the deadline to complete the Census to October 31, 2020, and County Executive George Latimer is asking all residents to help Westchester get counted. Westchester County Government has created new Census commercials in English and in Spanish built around the current response rate of approximately 60% of the county’s housing units. The commercials will be airing on local media, to encourage everyone to participate in the 2020 Census.