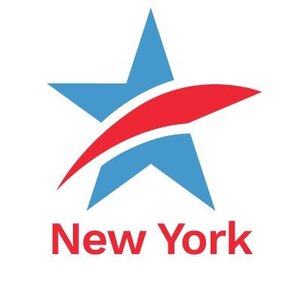 Yesterday on National Voter Registration Day, Common Cause/NY launched a GOTV campaign called "Skip the Crowds: Vote Early, Absentee or In Person." Thanks to a grant from Craig Newmark Philanthropies, the branded campaign will consist of targeted social media ads, instructional videos, and informational emails. Additionally, the PSA will be shown on rotating billboards throughout the city on donated space from F.Y. Eye.

Because of the COVID-19 pandemic, New York lawmakers expanded who qualifies for absentee voting to include folks who are worried about contracting COVID-19. Voters with disabilities, those who require translation services and anyone else can also vote in-person safely and securely.

The two ways voters can skip the crowds:

"Common Cause/NY is encouraging folks to get ahead of the curve, request your absentee ballot now or make a plan to vote early. Voters need to know their options so they can cast their ballot as easily and safely as they choose. We hope every New Yorker will take advantage of their new rights and get out the safe vote," said Susan Lerner, Executive Director of Common Cause/NY.

Poll sites, of course, will be open on Election Day, November 3, throughout the state from 6am to 9pm. Boards of Elections will be taking proper health and safety precautions, practicing social distancing and following the most recent CDC sanitary and mass gathering protocol. Voters can find their poll site here.

Previously, New York State has a very narrow set of reasons as to why voters can request an absentee ballot and vote absentee. Governor Cuomo temporarily expanded those reasons to include anyone who is concerned over the spread of an illness during a state of emergency for the June primary. Senator Biaggi introduced and passed a bill expanding those qualifications to include the general election and beyond.

In January 2019, New York joined 37 other states to establish Early Voting, giving voters nine days ahead of Election Day to cast their ballots. Common Cause/NY was among one of the leading voices calling for reform in New York.