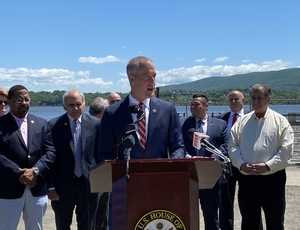 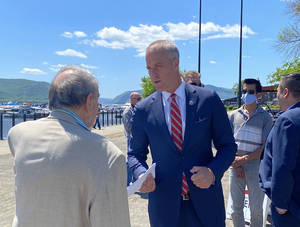 Today, Rep. Sean Patrick Maloney (NY-18) announced the introduction of the Maloney Infrastructure Package for the Hudson Valley, a major infrastructure proposal comprised of six bills intended for inclusion in the House’s large-scale infrastructure legislation, including the Surface Transportation Reauthorization Act of 2021. His proposal would make historic investments in the district’s bridges, byways, transportation, banks, and power lines.

“The American Rescue Plan was step one in our effort to Build Back Better. A major investment in local infrastructure is step two,” said Rep. Maloney. “I am proud to introduce this six-part infrastructure package that will directly improve the daily lives of folks right here in the Hudson Valley, from the bridges we drive on to get to work to the power lines we depend on during storms. We must invest in the future of our community – to jumpstart our economy in the wake of COVID-19 and to bring our infrastructure into the 21st century.  This is an opportunity we can’t afford to miss.”