Cuomo Ordered to Return 5.1 mIllion he made for Covid Book Deal to State Attorney General's Office 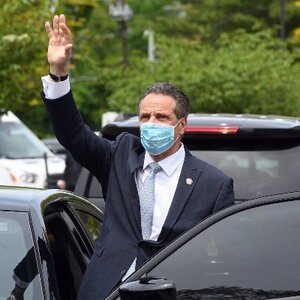 New York State's top ethics panel on Tuesday ordered disgraced NY State ex-Gov. Andrew Cuomo to pay the state $5.1 million in book profits he made on the backs of taxpayers amid the worst of the COVID-19 pandemic.

The Joint Commission on Public Ethics (JCOPE) ruled yesterday “It is ordered that by no later than 30 days from the date of this resolution, Gov. Cuomo pay over to the attorney general of the State of New York Cuomo an amount equal to the compensation paid to him for his outside activities related to the book”.

WTEN in Albany reported that the Attorney General’s office will decide what to do with the money.

In November, JCOPE withdrew it's  prior approval given for Cuomo’s book “American Crisis: Leadership Lessons from the COVID-19 Pandemic.” The former Governor was paid $5.1 million to write the book, but an investigation later found that at least parts of the book were written by state employees while working on state time.

Cuomo spokesman Rich Azzopardi says Jim McGuire, a lawyer who presents Cuomo on matters related to the book, called JCOPE's ruling unconstitutional, adding that “Should they (JCOPE) seek to enforce this motion, we’ll see them in court.”