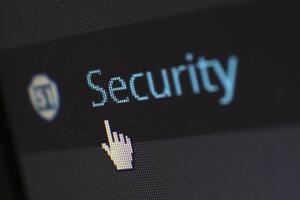 New York State Senator Pete Harckham has introduced a new bill that will require the State Police to have a local liaison within the state’s intelligence center who will alert municipalities of suspected domestic extremism and terrorism threats, including those categorized as cyber threats.

“When a threat is directed at one of our communities or schools there needs to be the utmost cooperation and coordination between the State Police and local officials,” said Harckham. “This bill will ensure that a line of communication is always open between state intelligence officials and those ‘boots on the ground’ managing a response to a threat made locally. In situations regarding terrorist and cyber threats, timely decisions need to be made with all available information.”

In response to the May 2022 mass shooting in Buffalo, NY, Governor Kathy Hochul announced a much-needed expansion for the New York State Intelligence Center (NYSIC). Prior to this tragic event, the intelligence center had only one analyst monitoring social media for potential threats statewide. The newly expanded NYSIC will study domestic terrorism and extremism with state-of-the-art technology to allow analysts to monitor the “dark web” and other internet and social media platforms that are known to be used by perpetrators of extremist attacks.

To support and enhance the NYSIC, Harckham pointed out that proper communication should exist with our local law enforcement to best deal with signs of potential threats. Local law enforcement departments, however, are not equipped with the adequate resources to investigate and respond to complaints of hate speech on social media platforms, or other dark web activities.

“While municipalities need to be alerted of potential threats to best prepare, we must also allow them to raise any virtual threats to the attention of the state intelligence center,” said Harckham. “By establishing a local liaison, we can cement this relationship between the state and local municipalities.”

The introduction of the legislation coincided with a report released last week by Governor Kathy Hochul and Attorney General Letitia James that concluded the Buffalo shooter had been inspired by material on fringe websites and mainstream internet platforms. Both Hochul and James urged greater federal and state reforms to combat hateful rhetoric, online extremism and calls for violence.

Once passed by the State Legislature and signed into law the bill will take effect immediately.