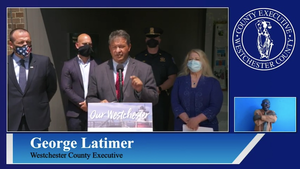 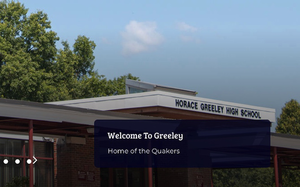 Westchester County Executive George Latimer held a Facebook Live discussion earlier today to discuss the graduation at Horace Greeley High School that apparently has resulted in new infections of Covid-19 amongst the attendees.

On June 20th, the Chappaqua School District's Horace Greeley High School held drive-in Graduation ceremony in the Chappaqua Metro-North parking lot. In attendance were more then 300 Graduates and their families. One of those attendees had recently returned from Florida and has since tested positive for the Covid-19 virus. According to reports the number of attendees now infected has reached 13.

Despite the School District and local police advising people to practice social distancing and to wear masks, several people said it was like Covid didn't exist. "No one was wearing masks".

Governor Cuomo has ordered the NY State Health Department to investigate the outbreak and to trace the attendees, who have been ordered to quarantine until July 5th

New Castle Police Lt, James Dumser told CBS News “Two officers were going through the crowd. They were putting reminders out there. We did not issue any summonses. Most people were complying while the officers went through. In fact, those two officers, now we have them quarantining, too,”.

Westchester County Executive George Latimer said there are 491 active cases today in Westchester", which includes the 18 new positives over yesterday's cases. "To put that in perspective there were 951 active case on June 8th." Latimer also said "there are reports that 2 families who had attended the graduation had recently been in Florida" and at least "one member of those families has tested positive for the virus." Latimer also thanked CareMount Medical who made tests available and stayed open late Saturday to administer over 200 tests.