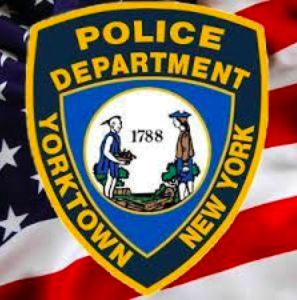 Yorktown Police report the arrest of 41 year old, Crompond, NY resident, Edinson-Mauro Merino-Meza, who is charged with Driving While Intoxicated and Driving While Intoxicated with a BAC of .08% or more, both Unclassified Misdemeanors, passed steady red light and had no headlights, both Traffic Infractions.
On February 15, 2019 at approximately 10:59 PM, P.O. Campion while on routine patrol on Route 6 observed a vehicle which allegedly had no headlights on and passed a steady red light. PO Campion then initiated a vehicle and traffic stop. The defendant was identified as the operator. It is further alleged that the defendant was operating a motor vehicle with a BAC of .08% or more. The defendant was arrested and transported to Police Headquarters.
Upon arrival at Headquarters the defendant was processed on the above charges and later released on $100.00 cash bail to a responsible party. He is scheduled to appear in Yorktown Justice Court on February 28, 2019 at 06:00 PM.