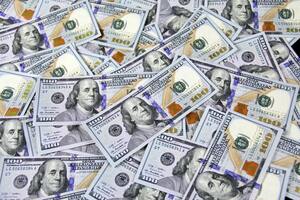 On September 25, 2020, at approximately 3:20 p.m., a Trooper on routine patrol was flagged down by a local businesswoman who wished to report fraudulent activity that had just occurred at her store, and the alleged suspect was still in the area.

The Trooper patrolled the area and located the suspect, identified as Xavier Jackson, at another nearby retail location on State Route 44 in Pleasant Valley.  Investigation discovered Jackson passed forged $100.00 bills at four local businesses with his accomplice Smith.  Two businesses in Pleasant Valley and two in the town of Lagrange.

Shamaine Smith was issued an appearance ticket returnable to the town of Pleasant Valley Court on October 15, 2020, at 5:30 p.m.

Xavier Jackson was arraigned before the town of Pleasant Valley Court, and released on his own recognizance due to reappear before the court on October 27, 2020, at 5:30 p.m.

If you believe your business may be the victim of similar criminal activity, please contact the New York State Police in Troop K at (845) 677-7300.