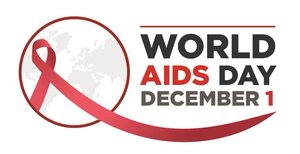 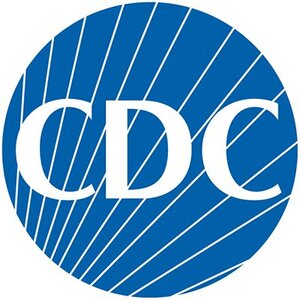 Today is World AIDS Day, a day to reflect upon our response to the HIV/AIDS epidemic and honor the more than 32 million lives lost globally to AIDS-related illness. This year’s theme for World AIDS Day—Ending the HIV Epidemic: Equitable Access, Everyone’s Voice—highlights our collective commitment to ending the HIV epidemic by addressing health inequities and ensuring the voices of people with HIV are centered in everything we do.

It has been 40 years since the first cases of what later became known as HIV/AIDS were reported in the Centers for Disease Control and Prevention’s (CDC) Morbidity and Mortality Weekly Report. Thanks to improved antiretroviral treatment, people with HIV can now live long, healthy lives, and powerful prevention tools such as simple and effective HIV treatment and pre-exposure prophylaxis (PrEP) can help prevent HIV transmission if taken as directed by all who need them.

Despite these scientific achievements, many people still aren’t getting the HIV prevention and care they need. In the U.S., longstanding, systemic health and social inequities—including discrimination, homophobia, transphobia, stigma, poverty, systemic racism, homelessness, and unequal access to quality healthcare—prevent access to testing, treatment, and other prevention services and drive HIV and other disparities. The updated 2022-2025 National HIV/AIDS Strategy (NHAS)—our nation’s third consecutive national HIV strategy—serves as a roadmap with bold targets for ending the HIV epidemic in the United States. NHAS places equity at the center of the response and includes a more robust government and whole-of-society approach to end the HIV epidemic.

In 2019, Black or African Americans (hereafter referred to as Black) accounted for almost half of incident infections, but only 12 percent of the U.S. population. An increasing proportion of infections occur among Hispanic/Latino persons (29 percent in 2019), although they represent 17 percent of the population. A recent CDC report showed four in ten transgender women have HIV and continue to face significant barriers to prevention and care services. Incidence of HIV among persons who inject drugs has not decreased during the past decade, likely due in part to the ongoing opioid epidemic.

The nation has a decades-in-the-making opportunity to end the domestic HIV epidemic and address the glaring health disparities that continue to drive it. Through the EHE initiative and the core HIV prevention and care portfolio, CDC and its partners are implementing innovative solutions designed to reach people where they are with effective treatment and prevention strategies that strive to address many of the root causes of inequity. This means expanding self-testing, increasing the number of mobile options for service delivery, and employing creative community outreach and engagement strategies for groups disproportionately affected by HIV. EHE as defined in the new NHAS is a health equity intervention with the goal of reducing HIV infections by 90% by 2030.

As we continue to navigate the COVID-19 pandemic, we must also innovate and invest in communities to end the HIV epidemic, everywhere. As the World AIDS Day theme reminds us, CDC cannot act alone. The Let's Stop HIV Together campaign aims to empower communities, partners on the ground, and healthcare providers to reduce HIV stigma among all Americans, prevent HIV among the hardest-hit populations, such as Black and Hispanic/Latino gay and bisexual men, and help people with HIV stay healthy. We encourage partners to visit the campaign website and download and share campaign materials. This World AIDS Day, we also encourage you to participate in a new global social media campaign called #MyVoiceMyAction. This campaign encourages people to share their voice, their journey, and how they are effecting change in their communities to help end HIV. Read more about this campaign or search #MyVoiceMyAction on social media.