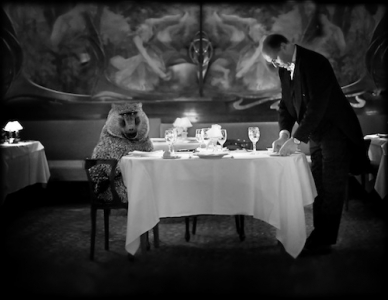 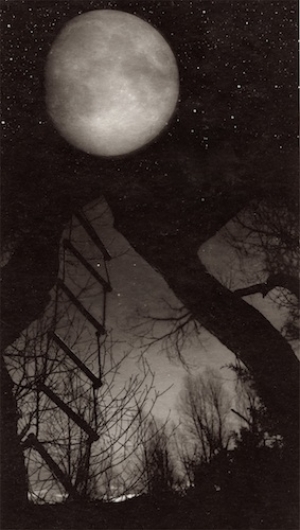 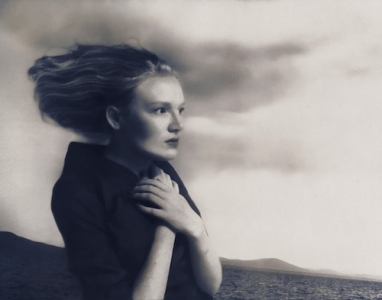 August 6th, 2014 Pound Ridge, N.Y. – There is a certain visceral truth to the black and white archival photographs of the 19th century, when photographers often employed processes like cyanotype, photogravure and albumen to produce prints. Today, these processes, paired with digital manipulation, can transform artists’ fantastical visions into timeless photographic images that serve as a sort of document to the imagination.

“Other Worlds: Dreamy Narratives by Three Visionary Women Photographers,” features brave and uncompromising works of alternative process photography by Emma Powell, Ann George and Jennifer Schlesinger-Hanson, and will run from September 12th to October 27th, 2014, with an opening reception on September 26th from 4 to 7 p.m.

Lionheart Gallery Director and Curator Susan Grissom encountered all three photographers at PhotoNOLA, the annual festival of photography in New Orleans, in December 2013, and matched a penchant for producing fantastical archival images in each of their work to create “Other Worlds.”

Emma Powell, who uses the cyanotype process to give her images a blue monochromatic quality that she says “visually traverses the distance between walking and sleeping,” learned to operate a camera while traveling in India and Afghanistan as a teenager with her photographer father, Luke Powell. Her mother, Kiersten Hoving, is also a photo historian and photographer, and Powell and her parents often collaborate on photo projects. Powell’s self-portrait series, “In Search of Sleep,” recalls a childhood in which she struggled to slumber, while being regaled by her father’s whimsical bedtime stories.

Her 2013 photo, “Flight,” which depicts Powell stepping from a cylindrical chimney onto a rope ladder that leads to the clouds, was an idea plucked from one of her father’s tales. In her travels in the U.S. and abroad, Powell searches for extraordinary landscapes that serve as fitting backgrounds for images that make dream-world visions seem timeless and real. Powell recently started work as an assistant professor of photography at Colorado College in Colorado Springs, after a previous stint as a lecturer at Iowa State University.

Anne George returned to her passion photography after being diagnosed with Multiple Sclerosis and leaving a career in nursing in the early 2000s. In 2005, she came across a photogravure image by photographer Josephine Sacabo. George says she had a physical response to Sacabo’s work.  “I wanted to be able to create an image that makes someone else feel what I felt when I saw that work,” George says.  George gravitated to photogravure, in part, because she wanted to achieve a weight and depth that inkjet printers weren’t providing. She started using the traditional copper plate etching to paper process, and evolved into printing contact negatives on polymer plates to create her prints. And, because of a glaze recipe she invented, George’s prints don’t need glass enclosure, allowing viewers to feel each print’s texture.

George’s “Evangeline” series examines the forced migration of the Cajun culture, from Canada to Louisiana, to recent devastation caused by Katrina and the BP oil spill. George’s photogravure piece, “Echos of the Exiles,” depicts a woman in a white dress with her palms turned upwards, her gaze turned toward the haunting wreckage of home.

Jennifer Schlesinger-Hanson, Director of the Verve Gallery of Photography in Santa Fe, N.M., came to the archival albumen process after she began raising chickens with her daughter.   “One day it came to me as a way to use all the extra eggs we have,” Schlesinger-Hanson says. The process involves coating paper with egg whites, then nitrates, making the paper sensitive to light. She then uses a negative to expose the paper to ultraviolet light.  “Egg whites produce this wonderful pearl luminescence,” Schlesinger-Hanson says. “That serves as the basis for your image.” Schlesinger Hanson uses the documentary quality of the albumen prints to create a utopia in her images that becomes real on paper. Her albumen print, “Here Nor There no. 16” depicts her daughter tossing the moon into the sky. The “Here Nor There” series follows her childlike imagination, and curiosity about life and her surroundings, set in the exaggerated landscape of New Mexico.