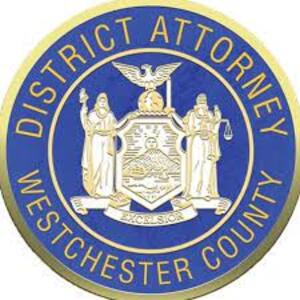 The manager of a company that provides solid waste removal and recyclables processing for Westchester County and the company itself were arraigned today on charges related to the filing of false financial data with Kroll Associates, a monitor overseeing the company’s contract with the county, Westchester District Attorney Miriam E. Rocah announced.

City Carting of Westchester receives more than $20 million annually under its contract with the county. The charged false filings were made in 2018 and 2019 and were meant to conceal payments to strip clubs. The total amount of the false filings charged today comes to $135,000, including one instance in which $40,000 was spent in a single visit to one such establishment.  The investigation is ongoing.

Christopher Oxer, 35, of Darien, Connecticut, the manager of City Carting of Westchester, and the company itself are charged with six counts of Offering a False Instrument for Filing in the First Degree, a felony. Oxer paid for services at the strip clubs with a City Carting of Westchester credit card, but the expenditures were entered into the company’s accounting records as legitimate business expenses for items such as tires, maintenance, and tolls.

“The Westchester District Attorney’s Office has zero tolerance for public corruption and misuse of public tax dollars by government employees or contractors,” DA Rocah said. “The actions of Christopher Oxer and City Carting of Westchester represent a brazen attempt to rip off county residents by including expenditures for items that clearly are not covered under their contract.”

Under a contract with the county that has been in place since 2004, City Carting of Westchester operates transfer stations; operates and maintains a materials recovery facility for recyclables and hauls recyclables to that facility from certain locations in the county; and provides landfill capacity and other services relating to solid waste removal.

Per an agreement with the county, the monitor, Kroll Associates, ensures that City Carting of Westchester complies with criminal and civil laws and is not under the influence of organized crime.

The case was investigated by the DA’s Office and is being prosecuted by Assistant District Attorneys Celia Curtis and Steven Vandervelden.

The charges against Oxer and City Carting of Westchester are merely accusations, and the defendants are presumed innocent unless and until proven guilty.