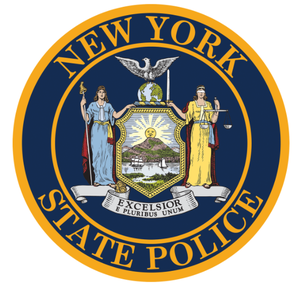 On January 5, 2022, shortly before 6:00 a.m., State Police began responding to a multitude of weather-related crashes on the Thruway in Westchester and Rockland Counties.

A preliminary investigation has determined that freezing rain has caused icy road conditions on I-287, I-95, and I-87.  The majority of the crashes involved multi-vehicles and were property damage only.  About a dozen crashes involved minor injuries.

All lanes were blocked on I-287 westbound between Exit 9-Hutchinson River Parkway and Exit 9A-I-684, for about an hour due to a property damage crash involving multiple passenger vehicles as well as a small tanker carrying heating oil.  The Department of Environmental Conservation and Hazmat responded for a spill of approximately 1,000 gallons of fuel.

A minor injury crash on I-87 northbound in the village of Suffern involving a dump truck and 3 passenger vehicles had all lanes blocked on the exit 15 off-ramp, causing traffic delays in the area.  All lanes were reopened within about 90 minutes.

Troopers have continued to respond to weather related incidents throughout the morning and early afternoon and would like to remind the public to drive slowly and use caution when traveling the roadways.