Details
Published on Thursday, 03 March 2022 17:41
Written by The Ridgefield Playhouse 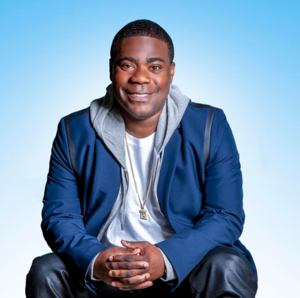 It’s not an April Fool’s – trailblazing comedian Tracy Morgan is returning to The Ridgefield Playhouse for an unfiltered night of hilarious stand-up on Friday, April 1, 2022 at 8pm as part of Barts Tree Service Comedy Series.

Morgan is one of the most respected comedians in his field.  He’s beloved for his uproarious stand-up shows, but he is best known for his eight-year stint on Saturday Night Live and his starring roles on NBC’s Emmy and Golden Globe Award-winning 30 Rock.

The Ridgefield Playhouse is a non-profit performing arts center located at 80 East Ridge Road, parallel to Main Street, Ridgefield, CT and is committed to keeping the arts alive and available to all.

Media sponsor for this event is 99.1fm WPLR.